A rare albino Panda has been spotted in the wild in China. 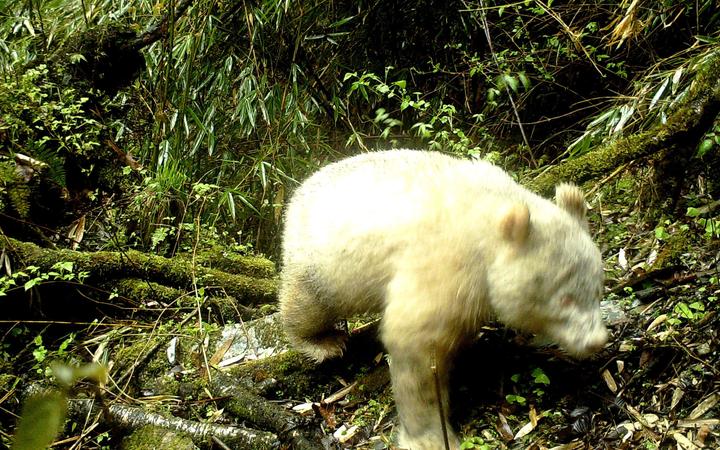 Experts have issued what they say is the first photo of the bear in Wolong nature reserve in Sichuan province.

An infra-red camera spotted the animal in the forest and Duan Zhaogang, an official at the reserve said they, "will set more infra-red cameras in this area to observe its growth."

They will also monitor the nature reserve to see if the albino panda "has any relationship with the giant panda population in the surrounding areas."

Panda experts have known that albinism existed in pandas, but a completely white animal had never before been caught on camera.