The Tiger Who Came To Tea author Judith Kerr has died at the age of 95, her publisher HarperCollins says. 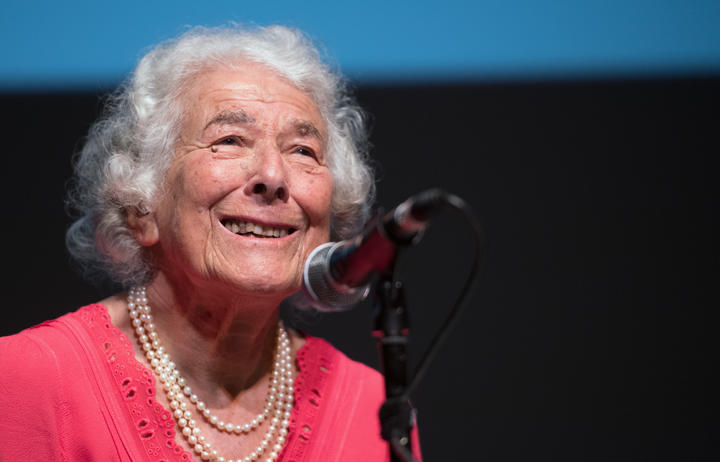 Charlie Redmayne, head of her publisher HarperCollins, said she was "a wonderful and inspiring person who was much loved by everyone".

Kerr, who published more than 30 books over a 50-year career, dreamed up the tiger to amuse her two children.

Charlie and Lola author Lauren Child said she was a "huge admirer of her work, as a writer and an illustrator".

Redmayne added: "She was a brilliantly talented artist and storyteller who has left us an extraordinary body of work.

"Always understated and very, very funny, she loved life and loved people - and particularly she loved a party."

Kerr's most popular picture books also included the Mog series, which began with Mog the Forgetful Cat in 1970.

We've analysed The Tiger Who Came to Tea rather a lot on NZ Twitter, as it goes. pic.twitter.com/nrU3K0WIPn

The Tiger Who Came To Tea is a fabulous book which was recently signed /read by one of our parents, it is a firm favourite at Windsor Park. We were sad to hear of the author's passing, rest in peace Judith Kerr. pic.twitter.com/KrOnpGHSkx

Reading The Tiger Who Came to Tea this evening, in honour of #JudithKerr who departed this life today aged 95. We laugh so much every time we read this wonderful book, it’s hilarious! What a legacy, filling homes and schools everywhere with such joy. Rest in beautiful peace. pic.twitter.com/eoapTu85TR

As a child of the pre-war German intelligentsia, Kerr had to leave her home country with her Jewish parents when Adolf Hitler came to power.

The family came to London, via Paris, in 1936 when Judith was 13. She learned perfect English and went on to marry television scriptwriter Nigel Kneale and have two children of their own.

Her books also included a trilogy about her childhood and her status as a refugee, the first of which was When Hitler Stole Pink Rabbit, which became a set text in German schools.

Children's author and TV personality David Walliams said he was "so sad" at the news of her death.

"She was a legendary author and illustrator, whose stories and illustrations gave pleasure to millions around the world, not least me and my son. Judith is gone but her books will live on forever." 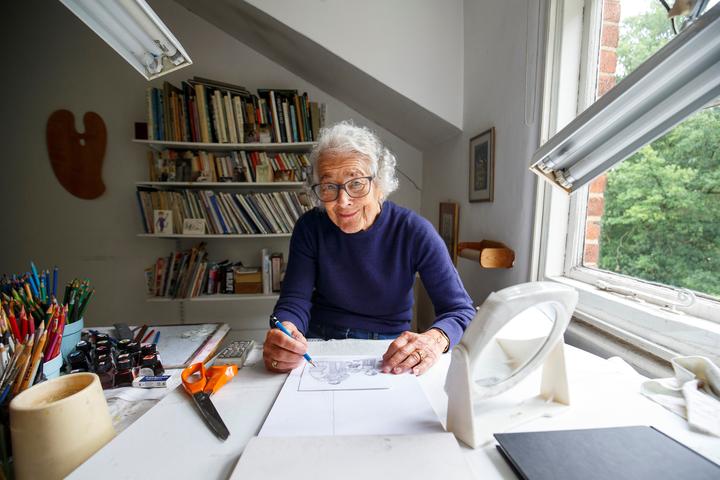 Francesca Simon, author of the Horrid Henry children's books, told BBC Radio 5 Live she was "feeling so sad about this".

She said of Kerr's famous Tiger tale: "It is a perfect book, because it is a mysterious book.

"On the surface it's a very simple story. It's a tiger who comes in, and is this guest who you're not sure about. But her stories also have this undertone of emotion, which is I think why we keep going back to them, to kind of delve into their mysteries.

'Forever in our imaginations'

"And I love, as a writer myself, that she was writing and illustrating up to the end. In fact I was just trying to get tickets to see her at Hay-on-Wye next week. So I love her continuous engagement with her profession. To me that's unbelievably inspiring."

BBC Newsnight presenter Emily Maitlis once asked Kerr if there was any layered meaning beneath The Tiger Who Came to Tea, but was set straight by the author.

Speaking in 2014, Kerr told Newsnight: "I've been ridiculously lucky. I'm always conscious of the fact that a million people would give anything.

"Just to have a tiny bit of what I've had. I've been very, very happy."

TV talk show host Jonathan Ross described her most famous work as being "a huge part of my children's life and I loved reading it for them."

"I doubt there is a more perfect children's book then The Tiger who came to Tea," he tweeted.

Some books light up the world. Thank you for The Tiger Who Came to Tea and rest well, Judith Kerr. pic.twitter.com/VxDzCTyRgC

Kerr's publisher at HarperCollins, Ann-Janine Murtagh, said it had been "the greatest honour and privilege to know and publish Judith Kerr for over a decade", describing her as a person who "embraced life as one great big adventure and lived every day to the full".

The late author was also the patron of the Judith Kerr Primary School; the UK's only German and English bilingual state school, named in her honour.