All ministers from Austria's far-right Freedom Party (FPÖ) have resigned, throwing the government into chaos. 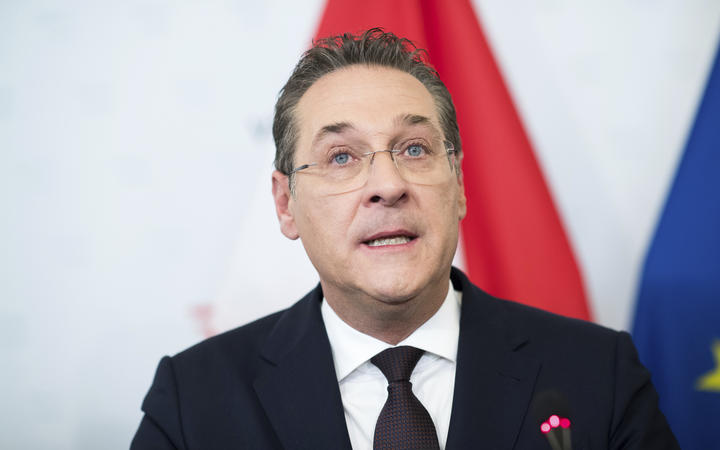 The Freedom Party's leader Heinz-Christian Strache who was also vice-chancellor - the second in command - was forced to resign at the weekend after a corruption scandal.

Footage of him apparently in Ibiza in 2017 proposing to offer government contracts to a woman - who was posing as a Russian oligarch's niece building a media empire - in exchange for favourable publicity for his party was released by German media on Friday.

He also called for Interior Minister Herbert Kickl to be sacked, saying that as general secretary of the party he should take responsibility for the scandal. The FPÖ responded on Monday by threatening a mass resignation.

They followed through on that threat today. The FPÖ made up half of the country's Cabinet and the Ministers for defence, transport and social affairs were among those who resigned. 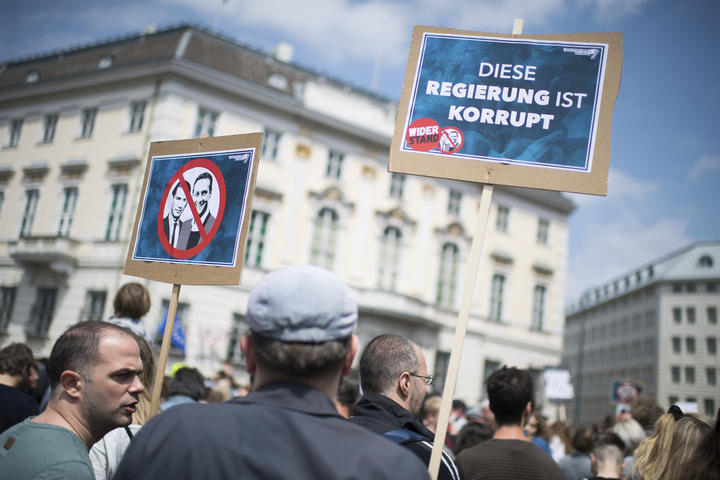 Mr Kurz is now facing a vote of no-confidence is his leadership, scheduled for Wednesday.

The video scandal comes at a particularly awkward time for the party. Voters across the EU go to the polls on 23-26 May, in European Parliament elections widely expected to boost the numbers of far-right and other Eurosceptic MEPs.

Before the scandal broke, the FPÖ was expected to score about 20 percent in the EU elections.

It is not known who recorded the video of Mr Strache.

EU Commission spokesman Margaritis Schinas said the EU had "followed in disbelief as a leader of a political party was seen negotiating access to media and institutions, in exchange for funds from external benefactors who clearly do not have Europeans' best interests at heart".

Russia has denied any involvement. "This is an incident that has not, and could not, have anything to do with us," said President Vladimir Putin's spokesman, Dmitry Peskov.

In 2016, the FPÖ signed a long-term co-operation agreement with Mr Putin's United Russia party, including joint efforts to "instil a patriotic spirit in the younger generation".