Swiss voters have agreed to adopt tighter gun controls in line with changes to European Union rules, heading off a clash with Brussels, projections for Swiss broadcaster SRF show. 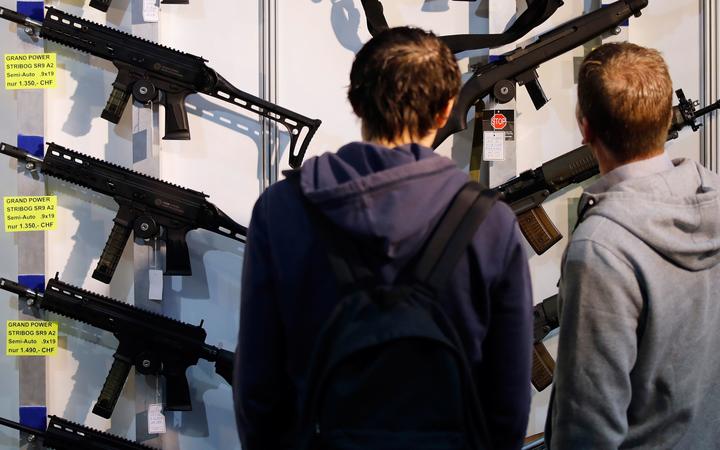 Swiss voters have agreed to tighter gun controls in a referendum that stems from EU concern following terrorism incidents in Europe. Photo: AFP

The projections from the gfs.bern polling outfit saw the measure passing in the binding referendum by a comfortable 67-33 percent margin.

The restrictions, which apply to non-EU member Switzerland because it is part of Europe's Schengen open-border system, had raised hackles among shooting enthusiasts ahead of the vote under the Swiss system of direct democracy.

Failure to adopt the rules could have forced Switzerland to leave the passport- free Schengen zone and the Dublin joint system for handling asylum requests.

After militants killed scores in Paris and elsewhere in 2015, the EU in 2017 toughened laws against purchasing semi-automatic rifles such as the ones used in those attacks, and made it easier to track weapons in national databases.

Opinion polls had shown Swiss voters backing the measure by a two-to-one margin.

The initial EU proposal provoked an outcry because it meant a ban on the Swiss tradition of ex-soldiers keeping their assault rifles. Swiss officials negotiated concessions for gun enthusiasts who take part in the country's numerous shooting clubs, but any restrictions imported from the EU go too far for right-wing activists concerned about Swiss sovereignty. 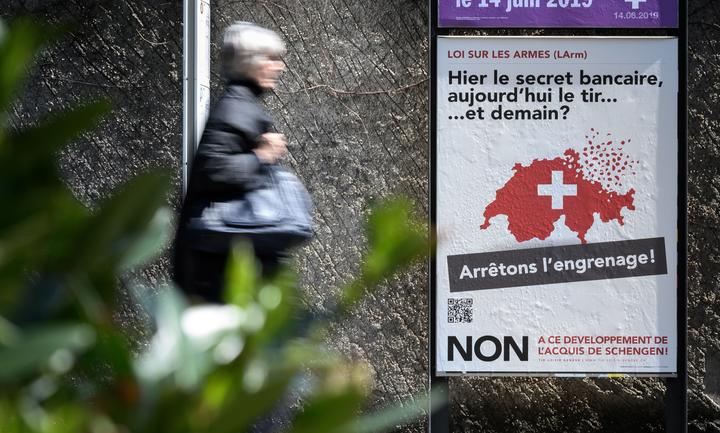 A woman walks past a poster which urges voters not to agree to tighter restrictions on gun ownership. Photo: AFP

Switzerland has one of the highest rates of private gun ownership in Europe, with nearly 48 per cent of households owning a gun.

Despite the millions of weapons in homes across Switzerland, the overall crime rate is low.

Gun crime is higher in Switzerland's neighbours. Nevertheless, there are some indicators that easy access to weapons is not entirely positive for Switzerland.

For decades Swiss women's groups have pointed to the risk of guns in cases of domestic violence.

And Switzerland's rate of gun suicide, at 2.74 per 100,000, is the second highest in Europe. Gun control supporters claim the fact that guns are to hand at home in moments of desperation leads to suicides that could otherwise have been prevented.

"The new restrictions are not about destroying Swiss tradition or culture," insisted Ronja Jansen of pro-disarmament group Switzerland without an Army.

"It's about bringing Switzerland to a safer place, where there is not as much gun violence as there is now. There are a lot of guns in Switzerland in private homes, and that is a real problem."