US Representative Justin Amash, a frequent critic of President Donald Trump, became the first Republican lawmaker to say the president has engaged in impeachable behaviour. 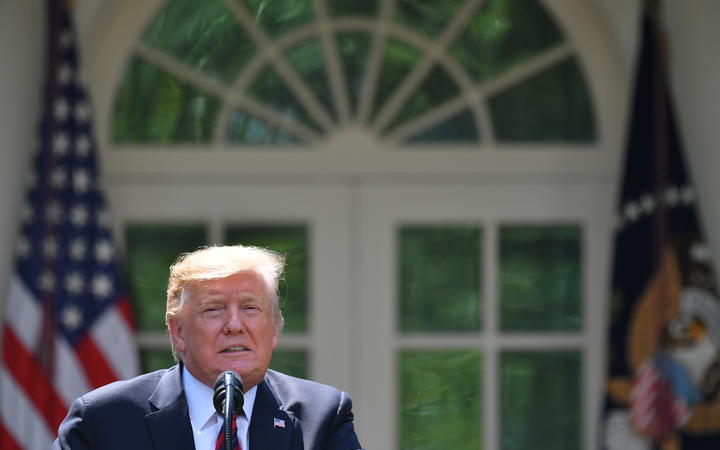 US President Donald Trump in the Rose Garden of the White House, Washington DC. Photo: AFP

Special Counsel Robert Mueller's report on the investigation into Russian interference in the 2016 election reveals that Trump "engaged in specific actions and a pattern of behavior that meet the threshold for impeachment," Mr Amash, who has signalled he would consider running as a libertarian against Trump in the 2020 election, wrote on Twitter.

Mueller's report "identifies multiple examples of conduct satisfying all the elements of obstruction of justice and undoubtedly any person who is not the president of the United States would be indicted based on such evidence," Mr Amash wrote.

Mr Amash also wrote that "it is clear" that Attorney General William Barr intended to mislead the public about Mueller's report in his conclusions and congressional testimony about it. 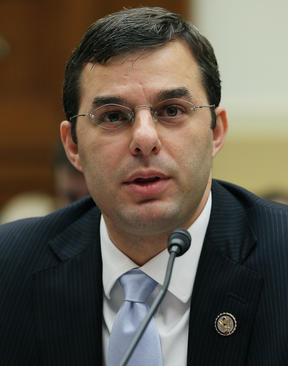 In his letter to Congress, Mr Barr said he and his deputy Rod Rosenstein determined there was insufficient evidence to establish that the president committed criminal obstruction of justice, or acted unlawfully to impede the investigation.

Mr Amash's comments echoed the conclusions of many Democrats. House Speaker Nancy Pelosi said on 8 May that Trump was moving closer to impeachment with his efforts to thwart congressional subpoenas and obstruct lawmakers' efforts to oversee his administration.

Still, Democrats are divided about impeachment and Pelosi also said impeachment proceedings would be "divisive" for the country.

The White House and the Department of Justice did not immediately respond to requests for comments about Mr Amash's tweets.

Ronna McDaniel, the chairwoman of the Republican National Committee, wrote on Twitter: "It's sad to see ... Amash parroting the Democrats' talking points on Russia."

She said the only people still concerned about the Russia investigation were Mr Trump's political foes "hoping to defeat him in 2020 by any desperate means possible."

Mr Amash, who represents Michigan's 3rd congressional district, wrote that he had read Mueller's full redacted report, but that few members of Congress had.

In February Mr Amash became the lone Republican to cosponsor a resolution in the US House of Representatives to reject the emergency Mr Trump declared at the US-Mexico border to build a wall there.