ITV has axed The Jeremy Kyle Show after 14 years following the death of a guest who took part in the programme. 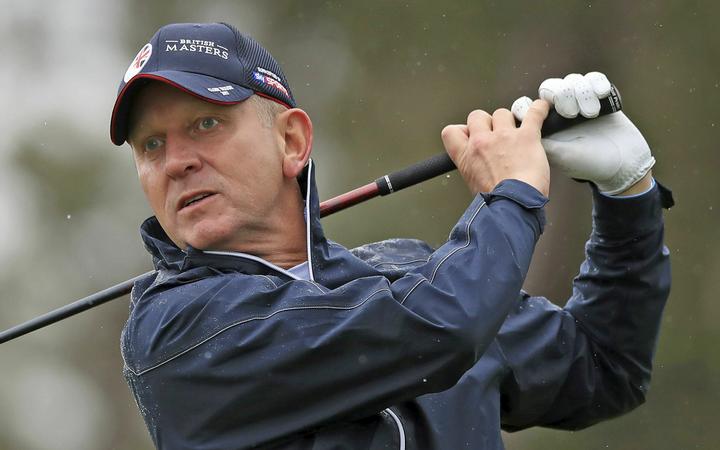 Steve Dymond was found dead on 9 May a week after filming the show, during which he took a lie detector test.

ITV chief executive Carolyn McCall said the decision was a result of the "gravity of recent events".

The confrontational daytime show was known for its its heated encounters between partners and family members, with Kyle acting as mediator - similar to the Jerry Springer Show in the US.

Following the announcement, a committee of MPs launched an inquiry into whether enough support is offered to guests on TV shows during and after filming.

Damian Collins MP, chair of the Digital, Culture, Media and Sport select committee, said the broadcaster had made the right decision.

"However, that should not be the end of the matter," he said.

"There needs to be an independent review of the duty of care TV companies have to participants in reality TV shows."

Programmes like The Jeremy Kyle Show risked "putting people who might be vulnerable onto a public stage at a point in their lives when they are unable to foresee the consequences", he said.

The committee will question broadcasting executives and regulators. Love Island, another ITV show, has also come under scrutiny after the deaths of two former contestants.

The Jeremy Kyle Show was the most popular programme in ITV's daytime schedule, with an average of one million viewers and a 22 percent audience share.

More than 3000 episodes have been broadcast since its debut in 2005. Following Mr Dymond's death, ITV initially took the show off air and suspended filming.

The pre-recorded episode Mr Dymond took part in was based on the subject of infidelity.

A member of the audience who was at the recording told BBC News that Mr Dymond "collapsed to the ground" and was "sobbing" when he failed the lie detector test.

Lie detectors were a regular fixture on the programme, which often featured disputes between partners and family members.

Broadcasting regulator Ofcom has told ITV to report back its initial findings on Mr Dymond's participation in the programme by Monday.

"While ITV has decided to cancel the programme, its investigation into what happened is continuing and we will review the findings carefully," an Ofcom spokesperson said.

The watchdog is now examining whether to update its code of conduct to protect people taking part in reality and factual shows.

"We're examining whether more can be done to safeguard the welfare of those people, similar to the duty of care we have in the broadcasting code to protect under-18s," the spokesperson said.

Owen Jones, author of Chavs: The Demonization of the Working Class, was among those who welcomed the decision to pull the show, which he said "consisted of putting vulnerable people from disadvantaged backgrounds in stocks to have eggs thrown at them".

Piers Morgan, who hosts Good Morning Britain - a show Jeremy Kyle has previously guest presented - defended the host on Twitter, saying there was "so much snobbery an hypocrisy being spewed by his critics".

Former EastEnders actress Danniella Westbrook, who has appeared on The Jeremy Kyle Show, praised the care she was given.

Appearing on Channel 5's Jeremy Vine Show, she said: "If it wasn't for Jeremy Kyle I probably wouldn't be alive myself."

"They really have looked after me and you know, since I've been in rehab I've spoken to Jeremy all the time and [psychotherapist] Graham [Stanier] and the team, and went I went back on the show, reassessed and [I was] really looked after."

TV critic Emma Bullimore told BBC Radio 5 Live she was surprised by the speed of ITV's decision to cancel the show.

"Usually these things take a review, and it's ages, but with this one the public opinion and the pressure they were under was so strong that they didn't really have another option," she said.

ITV has said it will still work with the host, who also fronts The Kyle Files.

"I don't think this is the end of this kind of television," Bullimore added. "There's no getting away from the fact that whether you like it or you find it reprehensible, there is a loyal audience for this show."

Speaking to BBC Radio 4's World At One programme, former ITV chief executive Stuart Prebble said the cancellation was "a good decision", but that producers "do take seriously their duty of care".

'Tip-toeing close to the edge'

He said: "The producers of these programmes walk a very thin line and and they know they do. If you are always tip-toeing close to the edge as I think this show did, perhaps it is not surprising that something like this will eventually happen.

"They [ITV] have done the right thing - a speedy and effective review, and the faster these things are dealt with the better."

All previous episodes of The Jeremy Kyle Show have been taken down from the channel's catch-up service, ITV Hub. Episodes will not air on ITV2 either, and the show's YouTube channel has been deleted.

A spokeswoman for Portsmouth coroner's office said an inquest into Mr Dymond's death would be likely to be opened within the next few days, following the result of the post-mortem investigation.

What does a lie detector test involve?

The lie detectors used on The Jeremy Kyle show are supplied by a company called UK Lie Tests, which declined to comment to the BBC.

A lie detector test, or polygraph test, involves an examiner using various instruments to measure the subject's reaction to a series of questions - and determine whether or not they are giving truthful answers.

According to the British Polygraph Association (BPA), two convoluted rubber pneumograph tubes are placed around the subject's chest and abdomen to record breathing and movement.

Various charts are then generated, which the examiner reviews to establish the test results.

The BPA says the tests are "the most reliable technique to test if someone is being deceptive to a specific issue".

"Given the gravity of recent events we have decided to end production of The Jeremy Kyle Show.

"The Jeremy Kyle Show has had a loyal audience and has been made by a dedicated production team for 14 years, but now is the right time for the show to end.

"Everyone at ITV's thoughts and sympathies are with the family and friends of Steve Dymond. The previously announced review of the episode of the show is under way and will continue.

"ITV will continue to work with Jeremy Kyle on other projects."