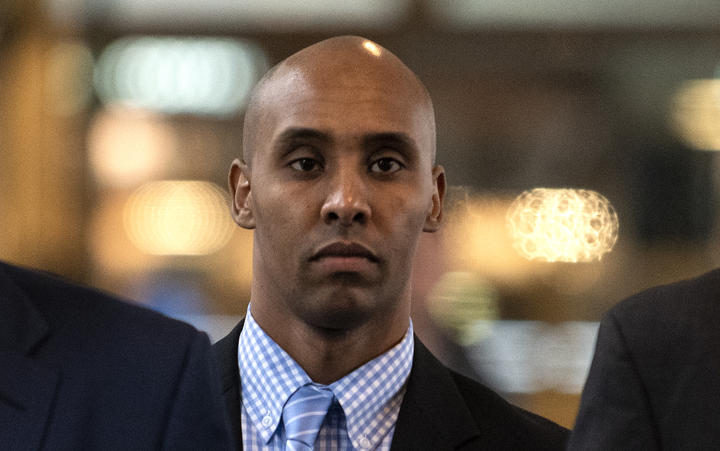 There was a sharp intake in the court room as Judge Kathryn Quaintance's law clerk read the verdicts.

He showed no reaction, but his wife cried as the jury's verdict was read out over the July 2017 shooting death of Ms Damond Ruszczyk, a 40-year-old dual citizen of Australia and the US.

His mother held her head in her hands.

Noor was immediately handcuffed and led from court.

Ms Damond Ruszczyk had called 911 just minutes before she was shot to report a possible sexual assault in the alley behind her home.

The 33-year-old Noor testified that a loud bang on his squad car made him fearful, and he fired when he saw a woman appear who was raising her arm.

He said he fired to protect his partner's life, but prosecutors criticised Noor's decision to shoot and said he had "no basis" to believe she had a weapon when he could not see her hands.

Noor's lawyers had argued he was justified in using deadly force to protect himself and partner Matthew Harrity from a perceived threat.

Neither officer had a body camera running when Ms Damond Ruszczyk was shot, which Mr Harrity blamed on what he called a vague policy that did not require it.

Both men switched on their cameras in time to capture the aftermath, which included their attempts to save Ms Damond Ruszczyk with CPR.

But Noor's bullet hit her in a key abdominal artery, and a medical examiner testified she lost so much blood so quickly that even faster medical care might not have saved her.

Prosecutors sought to raise questions about the way police and state investigators handled the aftermath.

They played excerpts from body cameras worn by responding officers that revealed many officers turned them on and off at will.

One officer could be heard on his camera at one point telling Noor to "keep your mouth shut until you have to say anything to anybody".

But the case still came down to jurors' assessment of whether Noor was justified in shooting, and they had only the officers' testimony for a picture of the key moments. 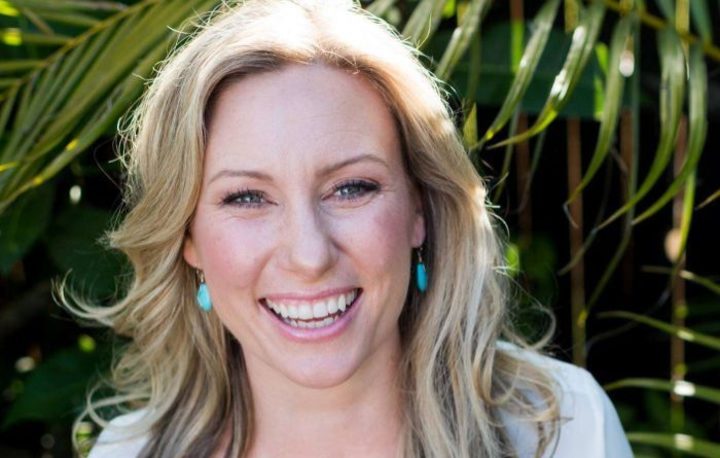 After the verdicts were handed down, Ms Damond Ruszczyk's fiancé Don Damond spoke and thanked those who had supported their family.

"This case is about Justine and Justine lived to teach us about love," he said.

"She lived to teach us about our own human potential. She taught us to live joyfully, she taught us to laugh and she demonstrated what it means to live from the heart. She was a living example of compassion. In her life she committed to transform humanity and her legacy is continuing that work today."

Her father, John Ruszczyk, said the family was satisfied with Noor's conviction.

"We hope this will be a catalyst for further change," he said.

"We would like to note that we believe the conviction was reached despite the active resistance of a number of Minneapolis officers … particularly at the beginning of the investigation."

Noor was sacked from his job after being charged.

It is the first time a police officer in Minnesota has been convicted over an on-duty shooting.

Noor's lawyer asked that he be freed on bond pending sentencing on June 7, but prosecutors opposed that on the grounds of the seriousness of the case.

The Hennepin County Sheriff's Office said it had concerns about Noor's safety if he was free.

Minnesota's third-degree murder charge means causing the death of another through a dangerous act "without regard for human life but without intent to cause" death.

Second-degree manslaughter is defined as creating unreasonable risk of causing death or great bodily harm to another through culpable negligence.

Noor faces a likely sentence of between 10 and 15 years, though may spend less time in prison.