A tourist bus plunged off a road and overturned on the Portuguese island of Madeira killing at least 28 people and injuring others. 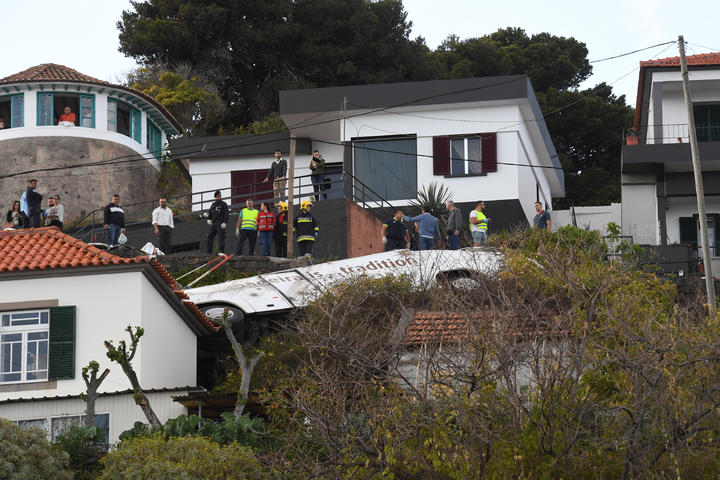 The wreckage of the tourist bus that crashed in Caniço, on the Portuguese island of Madeira. Photo: AFP

Another 28 were injured in the accident near the town of Caniço, according to national news agency Lusa.

The accident happened at 6.30pm local time when the driver lost control of the bus at a junction and went off the road, reports said.

Local mayor Filipe Sousa said all the tourists on the bus were German but some local people could also be among the casualties.

Eleven of the fatalities were men and 17 women, he said. The bus was reported to be carrying 55 people.

Portuguese President Marcelo Rebelo de Sousa is flying to the island to visit the scene, the agency said. 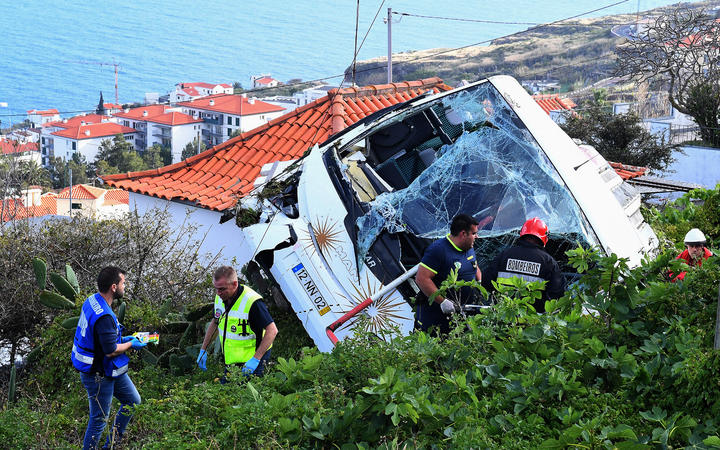