A pet deer has attacked and killed a man and seriously injured his wife in a small town in Victoria, Australia. 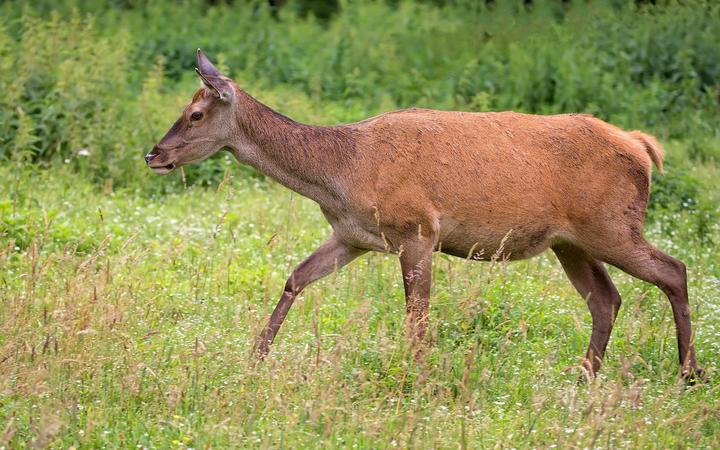 The family had kept the stag for six years and it was the only deer living on the property. Photo: 123rf

Paul McDonald, 47, had gone out to feed the animal on the property at Moyhu, south of Wangaratta, about 250km north-east of Melbourne, when the deer attacked him on Wednesday morning.

His wife, Mandi McDonald, was then attacked when she tried to help her husband.

The ABC has been told the couple's teenage son hit the deer with a lump of wood to save his mother.

His wife was airlifted to the Alfred Hospital in Melbourne where she remains in a serious condition.

He said a local ambulance officer treated the couple at the scene but the man's injuries were fatal.

He said the family was "very traumatised".

The couple's son and daughter have travelled to Melbourne to be with their mother in hospital.

"Moyhu is a small community ... the people who are involved in the incident are well known to them, so what we're looking at putting in place are some opportunities for counselling for community members," he said.

He said the deer was a cross between a Red Deer and an Elk, known as a Wapiti.

The family had kept the stag for six years and it was the only deer living on the property, along with a small number of sheep.

"They'd come in the shop every second or third day. We had the Moyhu general store for 12-and-a-half years," she said.

Describing Mr McDonald, she said: "He's a bit of a character, you could have a good laugh with him, a bit of fun.

"I can't even imagine when this all sinks in ... we just happened to be behind the property near them and it was six ambulances, a helicopter, police. We didn't know what was happening."

Steve Garlick, the chairman of the deer management committee at the Australian Deer Association, said it was very unusual for a deer to kill a person.

"Deer are much less likely to attack anyone than they are to run away from them," he said.

Police officers shot and killed the stag at the scene due to "concerns for the paramedic's safety on scene".

Police will prepare a report for the coroner.