There is only one rule in the Game of Thrones - you win, or you die - and a lot of people have lost. Ever since the first season, characters have been dispatched with brutal efficiency, and the creators have promised that the final season will have its fair share of heartbreaking carnage when it starts on Monday.

Even with the murder-filled weddings and battles with zombies and dragons, there are still a few characters still standing at the start of season eight. RNZ rates their chances of getting through to the final credits. 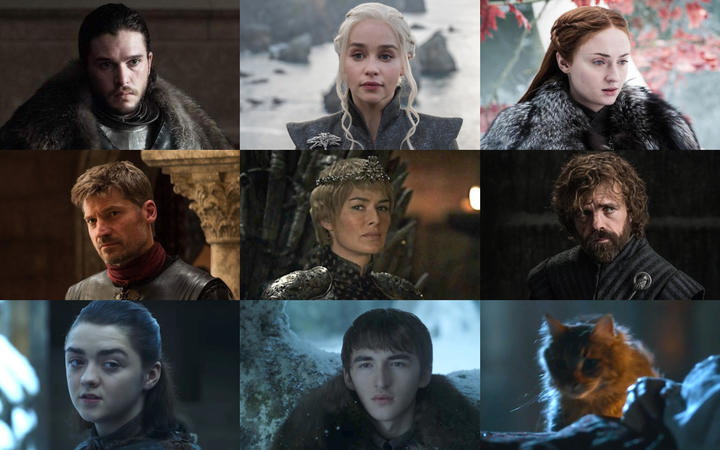 The King in the North is the actual Song of Ice and Fire that the entire story revolves around, but every song still ends. Jon Snow has thrown himself into suicidal situations over and over again, and his reckless disregard for his own mortality might be about to catch up with him. Still, the story of a bastard boy becoming the legitimate ruler of the Seven Kingdoms is a hell of a riff to go out on.

Chances of surviving the series: 60 percent

She's been on a straight course to the Iron Throne since the very start, but is also even more likely than Jon Snow to go out in a literal blaze of glory. Or she could rise all the way to the top, settle down with her nephew and give birth to a new generation of incest babies.

They're toast. This isn't the world for dragons anymore.

Tyrion wants to die in his own bed, 'with a belly full of wine and a maiden's mouth around my c**k, at the age of 80', but his likely fate will see him save everybody in the world, and getting none of the credit for it. He's never going to get that vineyard either.

Prophecy and dramatic tension mean the Lannister twins are almost certainly going out of this world the same way they came into it - together.

After all she has been through, Sansa should be the Queen in the North by the end, if not sitting on the Iron Throne herself.

Her first-name familiarity with death could lead the young assassin to her doom, and she looks genuinely terrified for her life in the few glimpses we've had of the current season. But she might still say 'not today' to the God of Death, and may even one day find out what is west of Westeros.

The new three-eyed raven isn't very sociable these days, but will be useful in the final conflict, and will probably go live in a tree afterwards.

The show's creators say the late King Tommen's favourite cat died off-screen, but everybody knows that Ser Pounce sits on the iron Throne when nobody is looking. 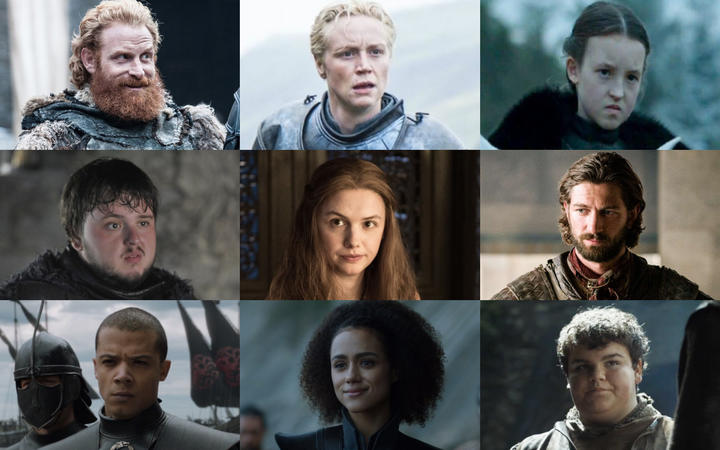 Outside the main Houses of Westeros, the TV series has many characters who have proven to be true survivors, and are charming, smart and capable enough to survive to the end. But while their chances are relatively strong, their appeal with the audience means any shocking death is really going to hurt.

The finest fighter to ever come out of the Sapphire Isle has been battling institutionalized sexism her whole life, often literally. She isn't going to let an army of zombies stop her now.

The only wildling to get any speaking parts anymore, his dream of going off and making giant babies with Brienne is something worth fighting for. (He'd be the stay-at-home dad.)

The greatest thing about Sam is that he has been in several situations where there is no way he can possibly survive, and he somehow does. He'll be needed to write down the whole saga when they're done, and as the clearest analogue for creator George R R Martin in the entire series, his chances are good.

Like Sam, she's a born survivor, escaping from her father's dreadful keep and avoiding the White Walkers beyond the wall. She should always stay one step ahead of the slowly approaching doom.

As much as anyone, the former slaves seem destined for a quiet life after all this war, after their slow, cute courtship. But this is not a world full of happy endings like that.

With an army of mercenaries being called in by Cersei, there is the possibility of Daario making one last appearance on the show in the final series, but he's just as likely to still be kicking back in Mereen.

She might only be 12, but she's too tough to die, (probably because she's Tormund's daughter). That scowl could freeze a White Walker.

He's a long way away from the Wall, and even in a winter that might last many, many years, you'll always need someone to make the gravy. 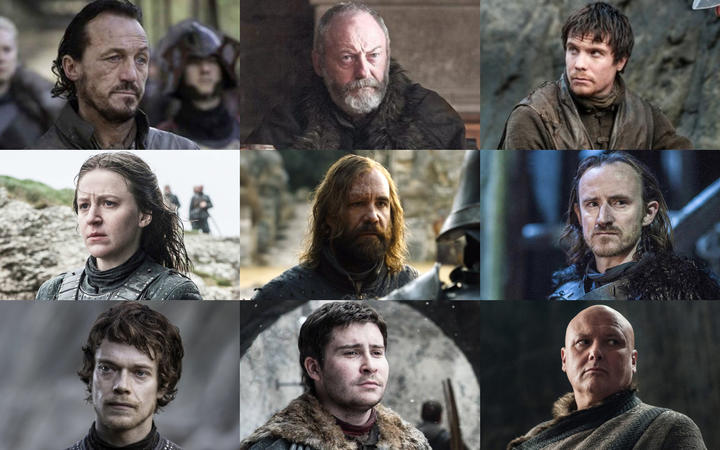 No one is safe from the cold bite of winter, and there are plenty of great characters who we'll be sad to see go.

A true survivor, if Bronn doesn't make it, he'll probably die doing something truly selfless for the first and last time in his life. Either that, or he'll be murdered by Cersei to mess with Tyrion.

From Flea Bottom to the courts of kings, Lord Davos has risen high, and his straight-talk advice will be sorely needed in a post-war world. But even he admits he isn't much of a fighter.

After Cleganebowl was more or less f**king confirmed at the end of last season, the Hound may fall when he faces down his undead brother, but one way or another, he's going to make sure the Mountain never rides again.

The most broken character in a story filled with broken people, Theon might only be fully forgiven if he makes the ultimate sacrifice when he tries to rescue his sister from his evil uncle's grasp.

Another ruler who could help usher in a new age of fairness in the wake of the White Walkers' attack, but she has to get past Euron first.

As the son of the late King Robert, Gendry has a legitimate shot at the Iron Throne, but always looked more comfortable bashing some steel. While he'll be there for the final battle with another bloody big warhammer, he could fall at the final hour.

The greatest lover in the Seven Kingdoms and a completely lovable dork, losing Podrick would be a tragedy, which is just the way the creators like it.

What's left for the spymaster once all the games have been played?

The past few Lord Commanders of the Night's Watch - including Jon Snow - have died nasty deaths, but Dolorous Edd could buck the trend. If there is anything for the Night's Watch to watch anymore, now that the Wall has been breached. 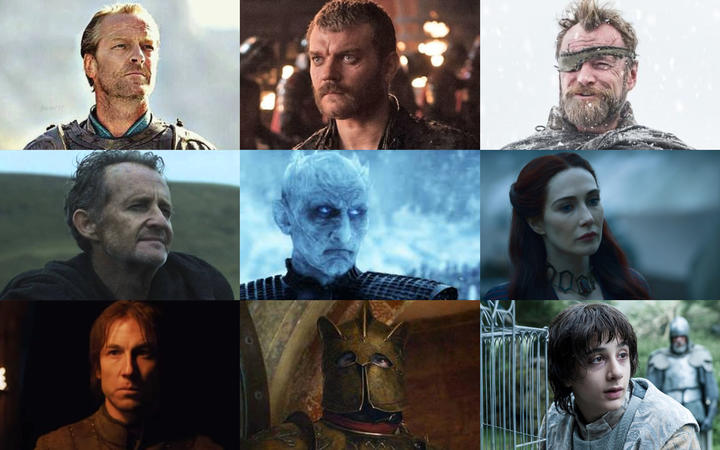 And then there are those who should definitely not be making any long-term plans...

He's beaten off greyscale and only got back into Dany's good graces by risking his life in the fighting pits of Mereen, but Ser Friendzone will happily give his life to save his Khaleesi.

The Red Priestess has always been clear that she will die in Westeros, and she still has unfinished business with Ser Davos over the tiny matter of a young girl who was brutally murdered under Melisandre's instructions.

He's got more swagger than anybody else in Westeros right now, and looks like the only character who is truly enjoying himself as the world freezes around him, but this is one Greyjoy who won't be setting sail at the end.

Nobody cares about poor Edmure.

Ser Beric has come back to life more times than he can count, but after Thoros of Myr died north of the Wall, the next death will be the last.

The rogue maester has been cunning enough to worm his way into the highest office in the land, but is likely to meet his end at the hands of his own creation, who won't spare him a second thought.

He's probably going to trip over his own feet and fall through the moon door.

There are long-running theories that the armies of the dead can't be stop by brute force, and a pact will be needed to forge new terms between the ice crew and the warm humans, but he's more likely to end up as a pile of frozen shards.

He's already dead. He just needs to stop moving, and his brother is desperate to help.

He's not a person, he's a super-personality.

Or maybe - as indicated by a recent trailer that showed a snowy, deserted Winterfell - everybody just dies.

Chances of winter coming for everybody: 25 percent