Smoke from a broken air-conditioning system caused major disruption at Sydney Airport this afternoon, forcing the evacuation of the air traffic control tower and the grounding of all flights. 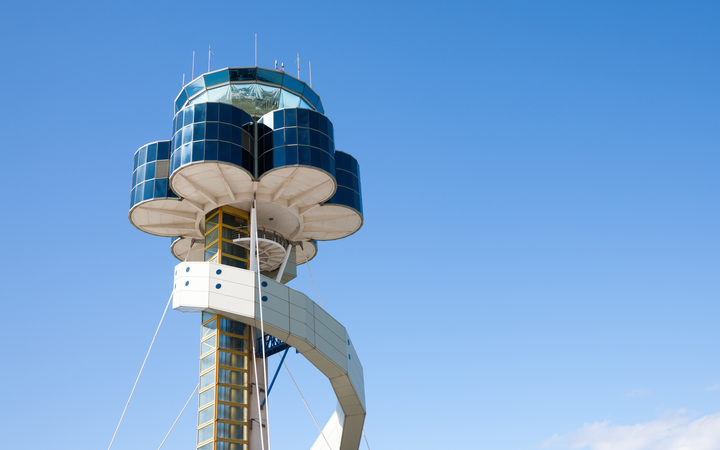 Although flights were resumed after about an hour, flow-on delays and cancellations are still affecting airports across Australia.

Passengers are urged to contact their airline for flight information.

Emergency services were called around 11.40am (1.40pm NZT) to the air traffic control centre.

Fire and Rescue NSW said 20 people needed to be evacuated from the building.

While some flights could land, all departing flights were grounded for more than an hour, but departures had now resumed.

"There is a full ground stop in place with no aircraft departing or arriving at this time @SydneyAirport."

One passenger on a flight bound for Los Angeles told the ABC he could see fire trucks from the window of his grounded plane.

"Virgin has decided to refuel to make use of the time and speed things up once we get going - people onboard are mainly bored and restless with kids crying and complaining," he said.

Due to the Sydney Air Traffic Control tower being evacuated, there are currently no aircraft flying in and out of Sydney Airport. We will continue to provide updates as more information becomes available. To check your flight status, click here: https://t.co/m479B0nZMc

"My wife and others on the right side are watching the tower out the windows.

"We can see fire trucks from here but no smoke."

One man, on a flight bound for Bali, told the ABC the pilot had told passengers "he had not heard from the control tower" and that no planes were taking off or landing.

Dean Bentick was on a Tiger flight when the crew announced a smoke alarm had gone off.

He said passengers were told all flights were grounded.

"Everyone was calm but annoyed, as we were emailed before our flight to say there are no refreshments on this flight to Coffs Harbour," he told the ABC.

Mr Bentick said passengers were free to move around the cabin during the wait.