Australia's top-ranking soldier has pulled off a precision extraction of the military's top brass from a potentially hostile situation. 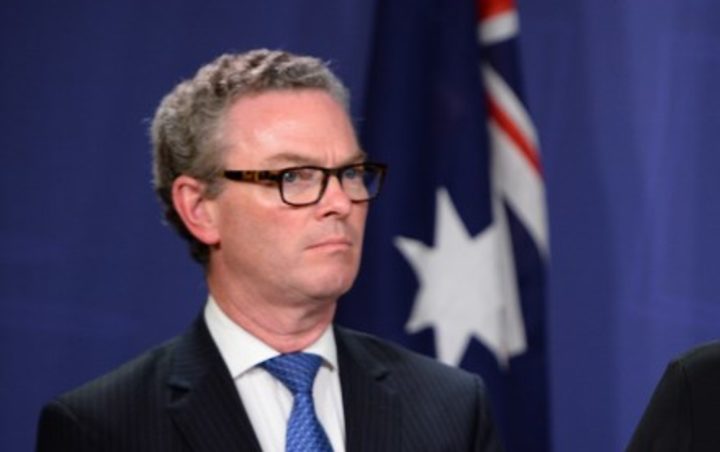 Drawing on years of experience as a crack SAS commander, Defence Chief Angus Campbell deftly intervened in a press conference to prevent his senior colleagues being in frame during political debate.

After a 40-year career, Air Marshal Leo Davies will soon finish up as Air Force chief, and his senior colleagues had gathered outside their Canberra headquarters on Thursday morning to hear who would be getting his job.

Once journalists had finished questioning Defence Minister Christopher Pyne about the military leadership changes, their focus turned to what the government's chief tactician thought of preference deals with One Nation.

General Campbell had been running late for the event having been held up by another longstanding commitment at the Australian War Memorial.

But he managed to scramble to the press conference just as the questions were turning to federal politics.

As the media began inquiring about the overseas travel habits of Nationals backbencher George Christensen, General Campbell decided it was time to stage a strategic intervention.

"Oh Angus," Minister Pyne exclaimed with surprise as the imposing soldier tapped him on the back.

"My apologies," the general whispered, in full view of the assembled cameras and microphones.

"I might just ask that the military officers step aside while you're answering these kind of questions.

"Yeah sure, please do," the defence minister agreed, excusing the top brass from their awkward nodding duties behind him.

A senior military official told the ABC the incident was a "timely reminder" for politicians not to attempt to use defence personnel as props in an election year.