Israel says it has begun carrying out strikes on Hamas targets in the Gaza Strip, hours after a Palestinian rocket hit a house north of Tel Aviv. 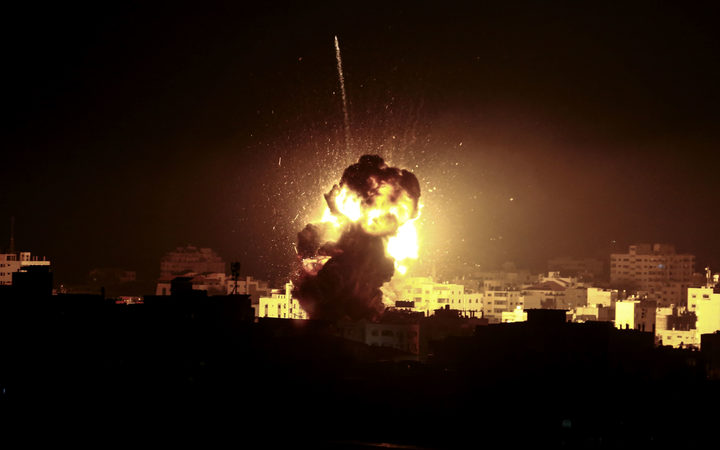 No details were given about the strikes, but there were reports of explosions west of Gaza City.

The Israeli military earlier blamed Hamas, which controls Gaza, for the launch of the rocket that hit a home in Mishmeret, injuring seven people.

Prime Minister Benjamin Netanyahu vowed to respond to the attack with force.

So far no militant group has said it fired the rocket. One unnamed Hamas official said it had "no interest" in doing so. 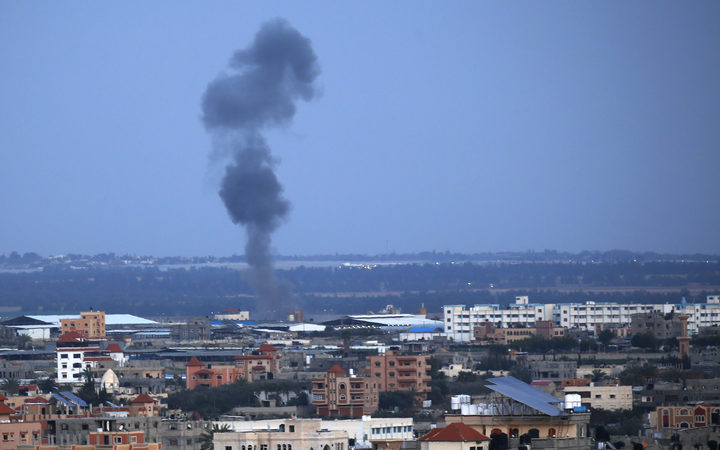 Smoke rises above buildings in Rafah, in the southern Gaza Strip. Israel's military launched strikes on Hamas targets in Gaza, the army and witnesses said, hours after a rocket from the Palestinian enclave hit a house and wounded seven Israelis. Photo: Said Khatib / AFP

What happened on Monday morning?

A rocket launched from the Rafah area in southern Gaza hit a house in Mishmeret, about 120km (75 miles) to the north, causing severe damage to the building and setting it on fire.

The Israeli ambulance service treated two women who were moderately wounded and five other people, including an infant, a three-year-old boy and a 12-year-old girl, who had minor wounds.

The house belonged to Robert and Susan Wolf, two British-Israeli dual nationals, who had been at home with their son, daughter-in-law and grandchildren.

"I nearly lost my family. If we had not got to the bomb shelter in time I would now be burying all my family," Mr Wolf told reporters.

The blast also caused damage to at least one nearby home and several vehicles.

It was the furthest a rocket has reached in Israel since the 2014 conflict in Gaza.