Icelanders are crazy about Eurovision, with its kitsch glamour and often saccharine music. 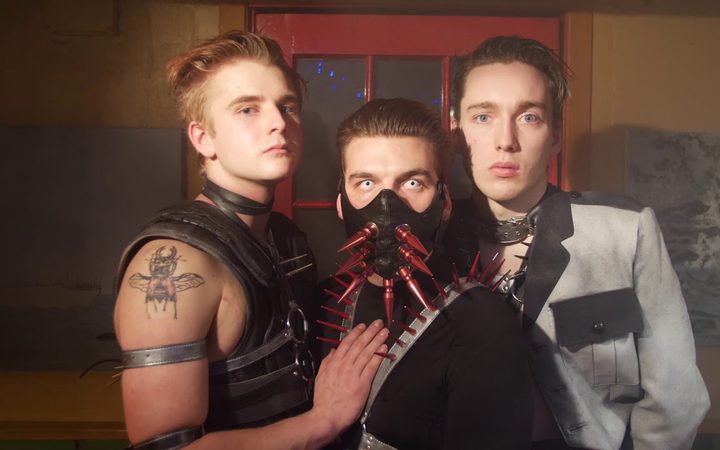 But the band-cum-art collective they have chosen to send to the contest in Tel Aviv in May are a far cry from the mainstream world of pop and its lyrics of love and unity.

Called Hatari in Icelandic, meaning "Hater", the lyrics of their contest song, Hatred Prevails, are bleak: "Hate will prevail... and Europe's heart impale. Burn off its web of lies. Now from the conflagration... rise in unity."

Striding on stage in Reykjavik in masks and spikes, they won Iceland's national Eurovision contest singing a message of anti-capitalism.

"Our feelings are of overwhelming respect towards this project for which our nation has selected us. It brings us one step nearer to our plan, to destroy capitalism," he declared on national TV after their overwhelming victory.

Children fell for the band's industrial-techno, Gothic style with their spiky masks, chains and platform boots. Their young fans have also taken to chanting the dark lyrics.

Parents joined the craze, rushing around Reykjavik to buy gear so that their children could dress up as Hatari for Ash Wednesday, Iceland's version of Halloween.

Hatari don't just preach anti-capitalism. They claim their entry in the competition is a political statement against Israel's government, even though the song has no reference to Israel. The contest is being held in Tel Aviv because Israel's Netta Barzilai won it last year.

When a BBC reporter met Hatari, they were warm, polite and well-spoken - and, in contrast to their stage look, wearing blue shell-suits emblazoned with the logo of a fictitious soft-drink company called SodaDream.

Despite having its own website, there is no such soft drink in Iceland. This turns out to be a sarcastic reference to Israel-based company SodaStream, which was bought last year by PepsiCo.

Equally bizarrely, the band are openly challenging Prime Minister Benjamin Netanyahu to an Icelandic wrestling match in the centre of Tel Aviv. They are bitterly critical of Israel's policies towards the Palestinians and say it is absurd to allow the country to take part in the contest.

Critics question why Hatari agreed to perform in Eurovision at all and argue their message of hate does little for Palestinians.

Some Icelanders believe Iceland's public broadcaster should have boycotted the event. "The criticism is understandable and we are glad to see a serious discussion about the politics of the competition take place," Matthias said.

Eurovision entry 'a reflection on power and the powerless' 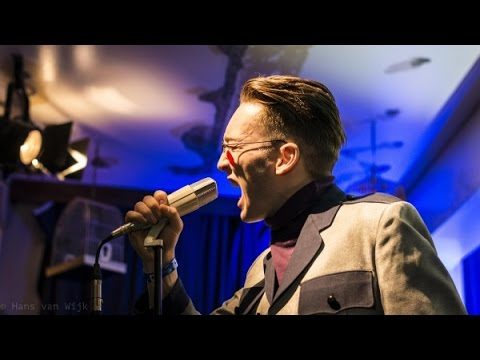 Hatari's members should know a thing or two about diplomacy. Einar Hrafn Stefansson, the drummer in the spiky leather mask is the son of Iceland's ambassador in London who was part of the negotiating committee when Iceland applied for European Union membership. Klemens Hannigan is the son of Nikulas Hannigan, who is head of division in the trade office at the Ministry of Foreign Affairs while singer Matthias Tryggvi Haraldsson's father owns a legal firm in Iceland.

Founded by Hannigan and Haraldsson, Hatari burst on to the underground music scene in 2015. Joined by a team of talented dancers and choreographers as well as artists and a graphic designer, they describe themselves as "a multimedia performance collective".

Asked what their song is all about, they said "Hatred Prevails is in our view, a dystopia, a reflection on power and the powerless, hope and hopelessness.

"It is a dark vision of the future, a warning against what we see as a possible reality if we don't love one another. Populism is on the rise in Europe."

Will they be banned?

Israeli campaign group Shurat HaDin has called on Israel's government to prevent the band from coming, under its law refusing entry to people with links to the BDS movement, which campaigns for a complete boycott of Israel over its policies towards the Palestinians.

That is unlikely to happen. But the rules of Eurovision are clear. The song contest is a non-political event and breaking that rule "may result in disqualification".

Eurovision rules state: "No lyrics, speeches, gestures of a political, commercial or similar nature shall be permitted during the Eurovision Song Contest."

Hatari said they have no plans to carry out a stunt like bring a Palestinian flag on stage. "We doubt it. Because it's forbidden."

"Silence can be a political statement. And it's clear all of the songs that will be performed on stage in Tel Aviv will offend the sensibilities of many people," said Klemens Harrigan.

So how far can they get in a non-political contest? "Our aim is to perform in Tel Aviv and win the Eurovision Song Contest," said Harrigan.

And they just might. Hate Prevails is among the favourites ahead of the May contest. It would certainly be a first for Iceland, which has come second in 1999 and 2009.

As for their challenge to Israel's prime minister for a wrestling bout in Tel Aviv, their offer remains unanswered. "We understand Netanyahu is a busy man, so we are patient," Harrigan said.