Singer Barbra Streisand has apologised after she was criticised for sympathising with Michael Jackson over child abuse accusations against him. 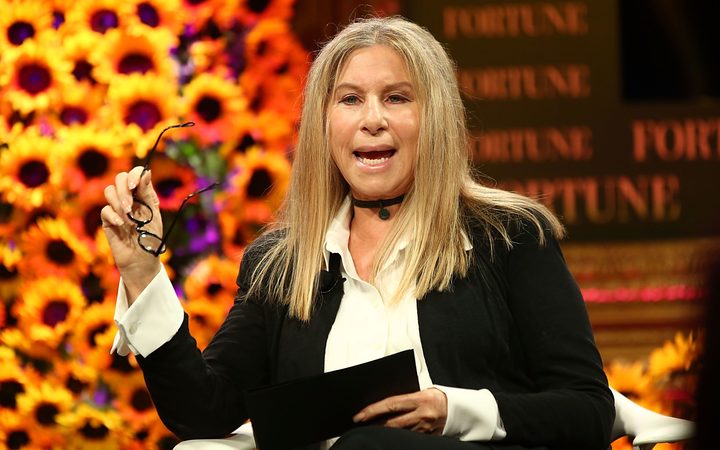 Ms Streisand told The Times newspaper she believed the allegations against the late superstar but said his actions "didn't kill" the accusers.

She later wrote on Instagram that she was "profoundly sorry for any pain or misunderstanding" caused.

The accusations were made in a new documentary - Finding Neverland - which features testimony from two men, Wade Robson and James Safechuck, who have said they were abused by Michael Jackson from the ages of seven and 10.

Asked whether she believed Mr Robson and Mr Safechuck, Streisand said she "absolutely" did.

"You can say 'molested', but those children, as you heard say [Robson and Safechuck], they were thrilled to be there. They both married and they both have children, so it didn't kill them."

Streisand said she felt bad for both the children and for Jackson, adding: "I blame, I guess, the parents, who would allow their children to sleep with him".

She later said in a statement that she believed the parents of the two young men "were also victimised and seduced by fame and fantasy".

"To be crystal clear, there is no situation or circumstance where it is okay for the innocence of children to be taken advantage of by anyone," her statement reads.

She also wrote in a social media post that she "didn't mean to dismiss the trauma these boys experienced in any way".

Her initial comments in The Times sparked a backlash on social media.

“It didn’t kill them” @BarbraStreisand did you really say that?!#LeavingNerverland https://t.co/p4sIaPIHK6

You can't simultaneously say you believe accusers *and* say it wasn't the accused's fault.

Jackson was dogged by allegations of child abuse before his death in 2009 - allegations he denied.

In 2003, police raided his Neverland Ranch in California while investigating claims he had molested a 13-year-old boy. He was acquitted of all charges in 2005.