The driver who caused the deaths of 16 people on a rural Canadian road after crashing his truck into a bus carrying a junior hockey team has been sentenced to eight years in prison, Canadian media reported. 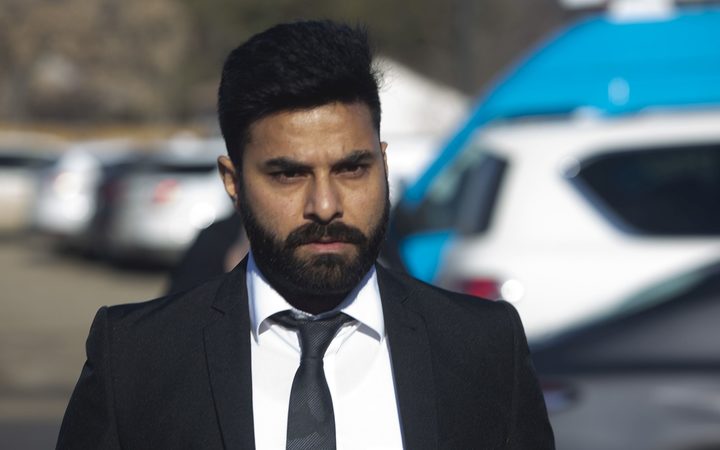 Jaskirat Singh Sidhu arrives at court for sentencing after admitting being responsible for the deaths of 16 people associated with the Humboldt Broncos hockey team. Photo: AP

Jaskirat Singh Sidhu, 30, pleaded guilty in January to 29 counts of dangerous operation of a motor vehicle causing death or bodily harm, saying he did not want to make things worse by proceeding with a trial.

The prosecution had asked for 10 years. The defence had made no recommendation but cited cases where sentences ranged from 18 months to four years, according to CBC News.

The Humboldt Broncos hockey team was on its way to a playoff game in Saskatchewan before the crash last April, which killed players, staff, a radio announcer and the bus driver. Sidhu, driving a load of peat moss, was not injured.

Re:victim impact statements, Cardinal says she must consider them. There were nearly 100 in this case.

Along with the sentence, Sidhu's driver's licence was also suspended.

In January, the judge heard numerous statements over four days from family members of the deceased and injured players in a gymnasium chosen for the hearing to accommodate families, friends, lawyers and media.

Family members described a range of feelings towards the man responsible for so many deaths.

"I despise you for taking my baby away from me," Andrea Joseph told the court through anguished sobs. "You don't deserve my forgiveness. You shouldn't have been driving." 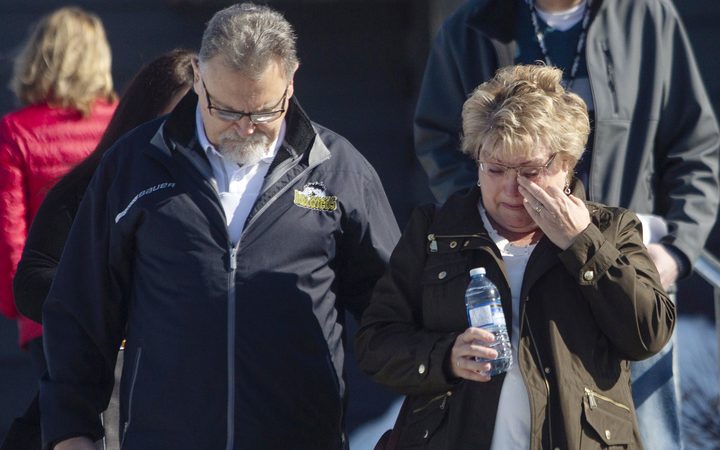 Brad and Marilyn Cross, whose son, Mark, died in the crash leave court after the sentencing. Photo: AP

Others offered forgiveness, including the wife of the team's coach, who also perished.

"I want to tell you I forgive you," Darcy Haugan said. "I have been forgiven for things when I didn't deserve it, so I will do the same."

During the sentencing, the judge said there were no road or weather conditions that contributed to the crash, and drinking, speeding or cellphone use were also not factors.

There were no tyre marks due to braking left by the semi truck leading to the intersection, where the truck, but not the bus, was legally required to stop, according to an agreed statement of facts.

Judge Cardinal said Sidhu had been driving up to 96km/h per hour and, preoccupied with a flapping tarp behind him, had passed several signs indicating an intersection was coming up, including a flashing stop sign, according to Warick.

The defendant grew up on a farm in India and moved to Canada in 2013, where he became a permanent resident, according to the CBC.

He could face deportation. "I take full responsibility for what has happened," he had told the victims' families when he pleaded guilty in January.

"It happened because of my lack of experience, and I am so, so, so, so sorry."