An explosion packing 10 times the energy released by the Hiroshima nuclear bomb has been detected after a meteor hit the Earth's atmosphere - the second largest blast of its kind in 30 years. 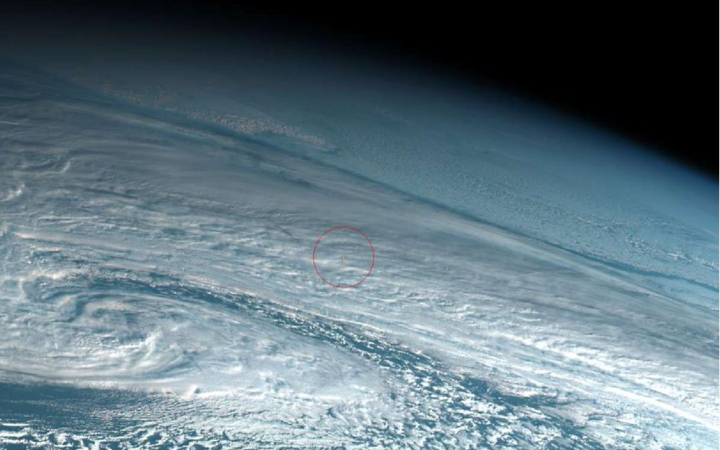 The meteor, which measured several metres in size, passed through the atmosphere and exploded about 25km above the Earth's surface on 18 December last year.

However, unlike the larger Chelyabinsk meteor, which was captured on dashboard cameras and mobile phones, the event went largely unnoticed by amateur space watchers because it took place over the Bering Sea, the northernmost part of the Pacific Ocean, off Russia's Kamchatka Peninsula.

Military satellites picked up the explosion, which had an impact energy of 173 kilotons - about 10 times the energy of the nuclear bomb dropped on Hiroshima, according to the BBC.

"That was 40 per cent of the energy release of Chelyabinsk, but it was over the Bering Sea, so it didn't have the same type of effect or show up in the news," Kelly Fast, NASA's near-Earth objects observations program manager, told the broadcaster.

The explosion occurred in an area close to commercial flight routes between North America and Asia, the space administration said, prompting researchers to check with airlines for reported sightings.

Meteorologists have also taken to social media to identify purported smoke trails belonging to the meteor, picked up by Japan's Himawari satellite.

"I'm sure it's the meteor trace," University of Oxford meteorologist Simon Proud tweeted, alongside satellite images showing a blip in the atmosphere.

"Much higher than any clouds in that region and too high to be a contrail."

The search for visual confirmation is in stark contrast to the Chelyabinsk meteor, which plunged to Earth is a blinding fireball in 2013, damaging thousands of buildings and showering people with debris and shattered glass.

The explosion sent numerous fireballs crashing into the ground, captured on CCTV, car dashboard cameras and mobile phones, followed by a shockwave that knocked people off their feet.

Researchers believe the asteroid collided with another before hitting Earth.