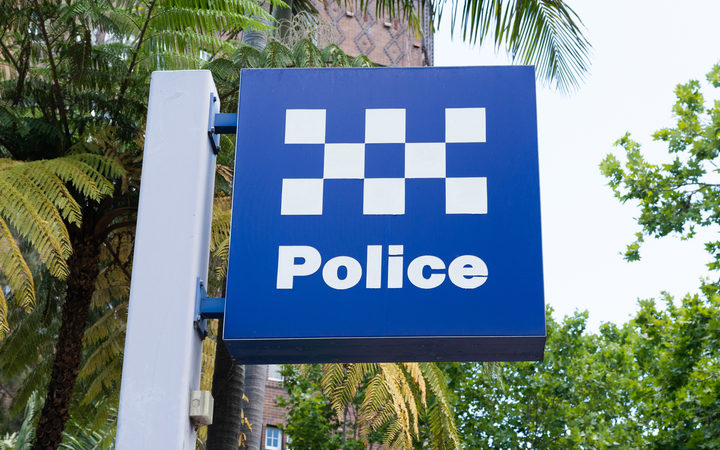 New South Wales Police are accused of failing to release 94 percent of recordings they made of convicted murderer Keli Lane. Photo: 123rf

The ABC's Exposed documentary program has discovered that up to 2,000 phone intercept and listening device recordings captured by police in 2004 and 2008 were not disclosed or handed over to Lane's defence team during the five-month murder trial.

Based on internal police documents and figures obtained by Exposed, approximately 94 percent of the total number of police recordings were withheld.

It is not known what is on the recordings.

Despite multiple applications from the Royal Melbourne Institute of Technology's (RMIT) Innocence Initiative for the recordings to be released, NSW Police have refused to do so.

Now the RMIT's Innocence Initiative has taken the police force to the NSW Civil and Administrative Tribunal in a bid to access the missing recordings.

The NSW Civil and Administrative Tribunal has responded by ordering NSW Police to reconsider its continued decisions to repeatedly block the release of the recordings.

"I am angry and very frustrated that we cannot access this material," RMIT's Dr Michele Ruyters told the ABC.

"It's impossible to understand the police reasons for not disclosing the information.

"The police and the prosecution have a common-law duty to disclose relevant material to the defence.

"Yet there are thousands of recordings that have not been provided and their existence was not provided to the defence and wasn't disclosed in the brief of evidence during trial."

"The sheer number of recordings that were not disclosed is an enormous concern."

A 'very significant' withholding of information

During the decade-long police investigation into Keli Lane, her phones were intercepted and recorded, and her house bugged in 2004 and 2008.

The ABC can reveal that only a tiny fraction of the real number of recordings was disclosed as evidence in the trial.

But only 84 were handed over to Lane's defence team, with 96 percent remaining undisclosed.

A listening device was also installed by NSW Police in Lane's house in 2004.

But of the 104 tapes containing recordings, conversations from only eight tapes were selected and disclosed to Lane's defence team, with 92 per cent of the tapes remaining undisclosed

The ABC showed the documents to the trial judge who presided over the 2010 murder trial, the Honourable Anthony Whealy QC.

He described the number of missing recordings as "extraordinary".

"This is a very significant withholding of information relevant to the issues in the trial," Mr Whealy told the ABC.

"I'm at a loss to see how there could be any justification for it quite frankly."

The ABC has also obtained a series of internal police documents revealing police separately conducted another three covert operations in 2008.

But none of the operations or the associated recordings were tendered at Lane's trial.

In the first secret operation, police bugged the Fairlight home of Lane's parents Robert and Sandy.

In the second, police intercepted their telephone.

Crucially, it reveals NSW Police had captured "certain relevant information" which it intended to be presented in evidence.

Former Supreme Court judge Anthony Whealy QC has described the failure to disclose both the existence of the covert operations and the associated recordings as "damning".

"Each and every covert operation that was conducted in relation to this investigation, and any such material, should have been disclosed to the DPP and in due course disclosed to the defence," he says.

"The failure to disclose material that is so relevant or even that there is such an operation has led to the overturning of convictions."

Anthony Whealy QC has told the ABC the undisclosed operations and recordings are "very serious" and may amount to a miscarriage of justice.

"There appears to be at least prime facie a very serious suggestion that appropriate and relevant material has been withheld from the accused in this case.

"A significant unfairness may have occurred affecting this woman."

Described as a "golden rule" of the criminal justice system, the duty of disclosure is fundamental to the administration of a fair trial.

The duty of disclosure exists regardless of whether material is beneficial or detrimental to the prosecution case and is ongoing throughout the proceedings.

"Best practice is that the defence should be alerted to the existence of the material," says Mr Whealy.

"Indeed, best practice is that it should be made available to the defence."

The revelations have prompted Mr Whealy to call for an investigation.

"It looks like a very serious matter that requires investigation," he says.

"This is damning material to suggest there's been a breach of the duty of disclosure."

Even if the recordings do not contain anything incriminating, Mr Whealy says they are still relevant material for the defence.

"The point is an obvious one: if someone is under surveillance to see whether their behaviour indicates some sort of guilty action, it's equally important from a defence perspective to show they haven't been doing anything that's untoward.

"While the prosecution might want to seize on one incident or one conversation, the defence are entitled to say 'let's look at it overall and see what the behaviour of this person is', and from that, to say 'there is a lot of innocent behaviour', so they are entitled to get that material part.

"But it seems the defence has been deprived of the opportunity to do this."

The RMIT's Innocence Initiative has twice applied to NSW Police under Freedom of Information to obtain the undisclosed recordings from 2004 and 2008.

Both applications have been rejected by police.

The ABC has obtained copies of both the FOI applications and the responses, which reveal NSW Police declined to release the material on the grounds it would be against the public interest and would be a breach of the Commonwealth Telecommunications Act.

This reasoning has been given even though NSW Police have previously selected and released multiple recordings, making them publicly available at both the coronial inquest and the trial.

"They cannot have it both ways. They cannot release some recordings but not others," says the Innocence Initiative's Dr Ruyters.

"You've raised a question that requires an answer," he says.

"This is a serious question. You should have a serious answer. Not just be fobbed off."

Tapes could contain clues about what happened to Tegan

"The tapes could contain material which exonerates Lane or confirms the police case against her, or point to something or someone else of relevance with the benefit of hindsight," Dr Ruyters says.

"They could also contain information or clues that could potentially illuminate what has happened to Tegan, that wasn't provided back then and still isn't being provided now.

"Until they're released, we'll never be able to be certain."

The RMIT's Innocence Initiative plans to refer the matter to the NSW Attorney-General as part of its petition for a judicial review of the policing and prosecutorial practices leading to Lane's conviction.

Dr Michele Ruyters says the duty of disclosure has been breached

"All of this should have been disclosed, and it wasn't," she says.

Lane was convicted of the 1996 murder of two-day old baby Tegan by a majority jury verdict in 2010.

The infant's body has never been found and Lane maintains her innocence, claiming she gave the baby to its biological father to raise.

But Tegan's father has never been found or come forward.

Lane also told a litany of lies regarding her multiple secret pregnancies and births, and repeatedly changed her story about what happened to Tegan.

The NSW Civil and Administrative Tribunal has given NSW Police until 4 April 2019 to reconsider its position and review its decision to not release the recordings.

The NSW Office of the Director of Public Prosecutions has previously declined to answer questions from the ABC about the disclosure of material. Another response has been sought.

In a written response to questions from the ABC, NSW Police says, "The NSW Police Force complied with its disclosure obligations in accordance with the law."