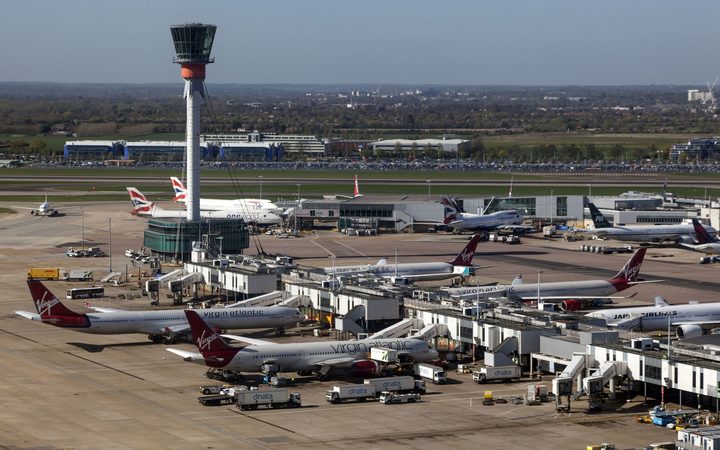 A building at Heathrow was evacuated when a package was found (file photo). Photo: 123RF

The "small improvised explosive devices" were found in A4 postal bags, the Metropolitan Police said.

The Met's Counter Terrorism Command is treating it as a "linked series" and "keeping an open mind regarding motives".

Irish police are assisting the Met as the Heathrow and Waterloo packages had Republic of Ireland stamps.

No-one has been hurt, the force added.

The Compass Centre office building in Heathrow's grounds was evacuated after a package was reported to police at about 9.55am local time.

The device set alight when staff opened the bag, the Met said.

A Heathrow spokesperson said the airport would assist the police investigation into the "criminal act".

Two more packages were found in the capital during the following three hours.

An area of Waterloo station was cordoned off after a second package was reported at about 11.40am.

Staff members were then evacuated from City Aviation House at City Airport in Newham after a third package was reported at about 12.10pm.

Specialist officers were at the scene and inquiries were ongoing, the Met said.

The second two packages were not opened and have since been "made safe". No flights or trains are believed to have been affected.