A teen whose mother and twin nine-year-old sisters were among five family members killed in their Pennsylvania home was staying at a friend's house at the time of the murders and is safe, officials said on Tuesday. 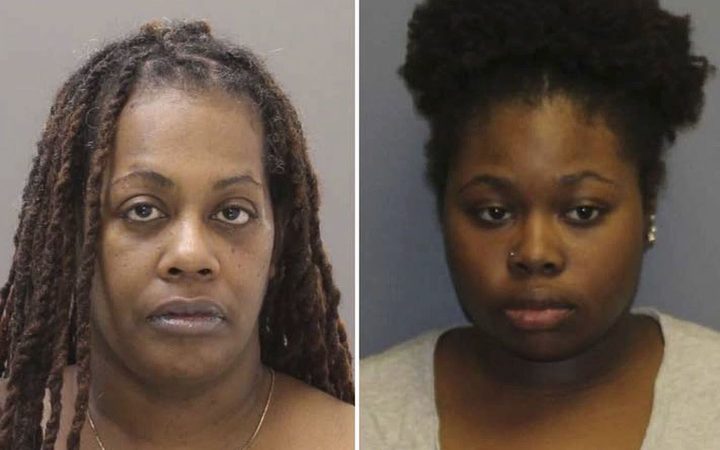 Joshua Campbell, 17, was not at home when his aunt Shana Decree, 45, and her daughter Dominique Decree, 19, are alleged to have murdered five relatives in their apartment in Morrisville, about 30 miles northeast of Philadelphia, Bucks County District Attorney Matthew Weintraub said.

After police found the bodies on Monday, relatives of the victims said they had begged authorities for weeks to check on Shana Decree due to concerns she might have fallen under the influence of a fringe religious group.

Mr Weintraub said finding Joshua was "one bit of good news" in what he described as an "unspeakable tragedy".

Authorities charged Ms Decree and her daughter early on Tuesday with five counts of homicide and one count of criminal conspiracy in the deaths of Shana Decree's daughter, Naa'Irah Smith, 25; her son, Damon Decree, 13; her sister, Jamilla Campbell, 42; and Campbell's twin daughters, Imani and Erika Allen, Mr Weintraub said.

Police were investigating the cause of the deaths and possible motives. Asked whether it could have been a murder-suicide pact, Weintraub said "that is a potentiality".

Both Shana Decree and Dominique Decree, who had visible injuries to her neck, gave police an account of how they killed each person, prosecutors said in court papers.

The women also alleged that Decree's sister, Jamilla, had choked one victim to death before being choked to death by Dominique.

"Shana later told police that everyone at the apartment, including the nine-year-olds and the 13-year-old, wanted to die," prosecutors said in an arrest affidavit.

"Shana advised that all, including the children, were talking about suicide."

"We've been trying to call for three weeks and I'm so angry at city officials because we've been calling them," Ms Nelson said.

"It just makes me angry because now they want to be sorry but you had the opportunity to save them."

Ms Nelson, 29, said she began to worry about the family after learning from relatives that the children were no longer attending school and the family was getting wrapped up in a fringe religious group.

She said authorities had visited the home at least two weeks ago but found no cause for concern.

The two suspects, five victims and Joshua Campbell lived together in what Mr Weintraub described as a "tiny" apartment.

There are no other suspects in the crime, he said.

A representative for the Bucks County Children and Youth Social Services Agency did not respond to a request for comment.

Child services officials arrived at the apartment on Monday to perform a wellness check and found the home in disarray, with broken glass and furniture turned over, according to an arrest affidavit. They called the police, who found the five bodies in one bedroom.

Ms Nelson said she suspected that Shana Decree may have planned a family murder-suicide and believed that her cousin, Dominique did not intentionally participate in the crime.

Shana Decree was ordered held without bail and did not enter a plea during a brief Tuesday arraignment, according to court records. Her daughter, Dominique, was expected to be arraigned later on Tuesday.