Cardinal George Pell has been found guilty of sexual offences in Australia, making him the highest-ranking Catholic figure to receive such a conviction. 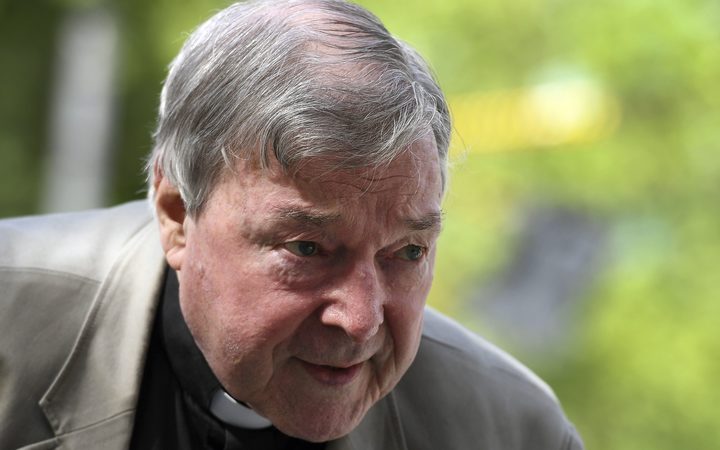 Pell abused two choir boys in the rooms of a Melbourne cathedral in 1996, a jury found. He had pleaded not guilty.

The verdict was handed down in December, but it could not be reported until now due to legal reasons.

Pell is due to be sentenced on Wednesday. His lawyers say they will appeal against the conviction.

As Vatican treasurer, the 77-year-old cardinal is one of the Church's most powerful officials.

His trial was heard twice last year because a first jury failed to reach a verdict.

The Catholic Church worldwide has in recent years faced a damaging series of allegations relating to sex abuse by priests, and claims that these cases were covered up.

Pell's case has drawn huge interest at a time when the Pope is attempting to address the scandals, including by holding a four-day summit in the past week.

What did the court hear?

Pell was in his first year as archbishop of Melbourne in 1996 when he found the boys in the rooms of a cathedral following a mass, the jury was told.

After telling them they were in trouble for drinking communion wine, Pell forced each boy into indecent acts, the court heard.

The court heard testimony from one of the victims. The other victim is no longer alive.

A jury rejected an argument by Pell's lawyer, Robert Richter QC, that the allegations were fantasies contrived by the victims.

What did Pell say?

He denied all allegations against him, saying in 2017: "I am innocent of these charges - they are false. The whole idea of sexual abuse is abhorrent to me."

He has been on an extended leave of absence from the Vatican amid the court proceedings in Melbourne.