Bourke Street murderer James Gargasoulas has been sentenced to life in prison for killing six people and injuring 27 others when he drove his car through pedestrians two years ago. 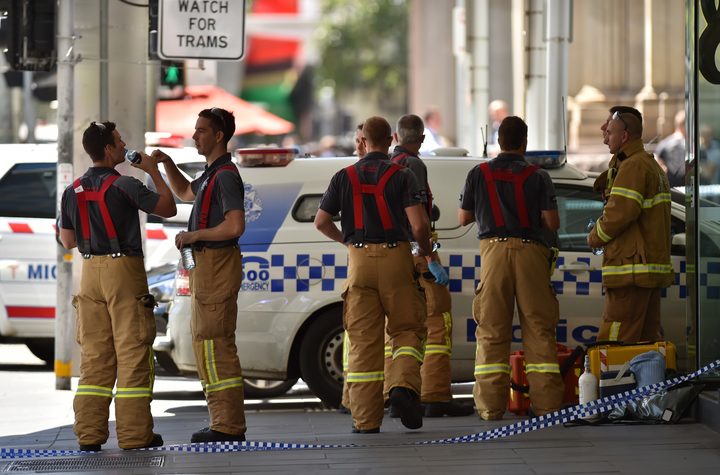 Justice Mark Weinberg set a non-parole period of 46 years for what he described as a "callous and cowardly act", after sentencing Gargasoulas to six life terms for murder.

In the lead-up to the CBD rampage in January 2017, Gargasoulas had spoken of "mowing people down" on at least three occasions, the court heard.

Justice Weinberg rejected the notion that Gargasoulas was oblivious to what was going on around him as he drove through the city, despite the fact he was in a drug-induced psychosis at the time.

"You knew full well what you were doing," Justice Weinberg said.

During last year's trial, the court heard police had been tailing Gargasoulas for 12 hours before he drove into the busy pedestrian mall at lunchtime on 20 January.

In the hours before the rampage, police had repeatedly tried to get him to stop via calls to his mobile phone and text messages.

In sentencing, Justice Weinberg described the attack as "one of the worst examples of mass murder in Australia's history".

"You left a trail of destruction behind you," he said to Gargasoulas.

In November last year, a jury deliberated for less than an hour before finding Gargasoulas guilty of six counts of murder and 27 charges of reckless conduct endangering life.

During the trial, CCTV was played to the court, which showed his victims walking along the footpath, oblivious to the car approaching behind them.

"You made no attempt to stop or slow down - you simply ploughed through them," Justice Weinberg said.

At the end of a three-day plea hearing last month, Gargasoulas read from a handwritten letter.

"I am deeply ashamed of what I've done. I must say it is a tragic day for all of you and myself," he said.

His address to the court lasted 20 minutes and was at times rambling and incoherent as he talked about government oppression, God's Law, and how God had kept him safe that day.

In that hearing, the prosecution described Gargasoulas's "unspeakable disregard for the sanctity of life".

"Like the unspeakable crimes committed by Martin Bryant at Port Arthur, Bourke Street, Melbourne, will never be the same again," the prosecution's submission to the court said.

The prosecution argued "no parole period should be imposed in this case".

Gargasoulas will be eligible for parole in 2065.