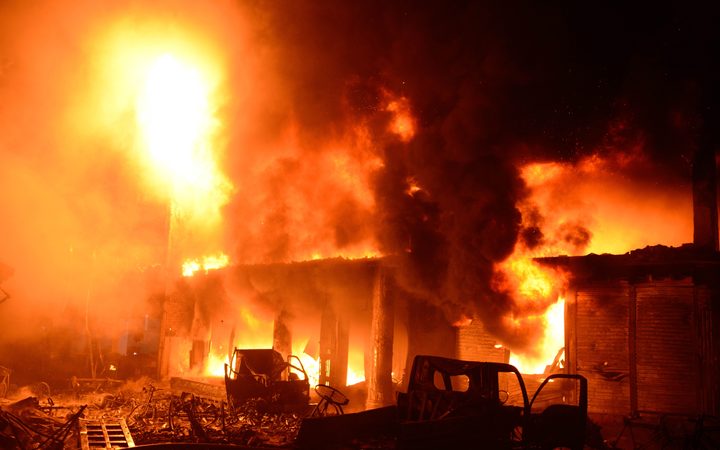 Flames and smoke rise from building after a fire broke out in an old part of the Bangladeshi capital Dhaka. Photo: AFP

The blaze broke out at night in a residential building that had flammable material stored on the ground floor.

Members of a bridal party are thought to be among the victims. It is not yet clear what started the fire.

The centuries-old Chawkbazar district has narrow streets and buildings very close to each other.

On Sunday, a fire in a slum in the coastal city of Chittagong killed at least nine people. 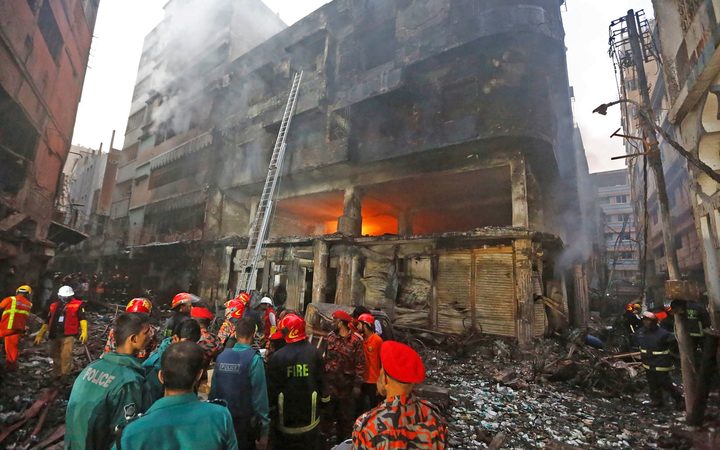 Firefighters are seen at the scene of a fire in Dhaka. Photo: AFP

The fire broke out in a mixed-use building at 11.40pm local time on Wednesday, when many residents were sleeping.

It started at a chemical warehouse on the ground floor and then raced through three other buildings, officials say. Many people were trapped, unable to escape the flames.

Mohammad Firoz, who sells cosmetics in Chawkbazar, said 25 of his friends and relatives were missing and that he feared his brother was dead.

He said he had seen an electricity transformer explode, causing a minibus parked below to catch fire. Its gas cylinder then exploded, causing a blaze in a nearby chemical shop.

"The flames spread so quickly," he told the BBC's Bengali service. He said his brother, Hira, who worked in a nearby pharmacy, closed the shutters of the shop after one of the explosions, fearing there had been a bombing. "I fear he died inside the shop, I am still searching for his dead body."

Haji Abdul Kader, whose shop was destroyed, said he had "heard a big bang".

He told AFP news agency: "I turned back and saw the whole street in flames. Flames were everywhere." 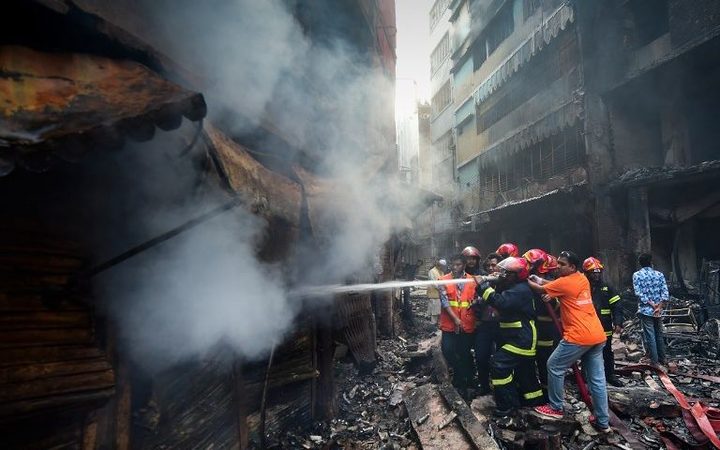 "Up to now, we have 67 bodies in our mortuary and the hospital morgue has 11 dead bodies," he said.

Victims included people outside the buildings, some guests at a restaurant and members of a bridal party, AFP reports. Most of the bodies were charred beyond recognition.

Some of the injured were in critical condition. The number of victims is expected to rise as the search continues through the damaged buildings.

Firefighters fought for more than five hours to put out the blaze, hindered by narrow streets and a lack of water sources.

Prime Minister Sheikh Hasina expressed her shock over the tragedy and conveyed condolences to those affected, the Dhaka Tribune reports.