Fox News host Pete Hegseth has confessed on air that he has not washed his hands for 10 years because "germs are not a real thing". 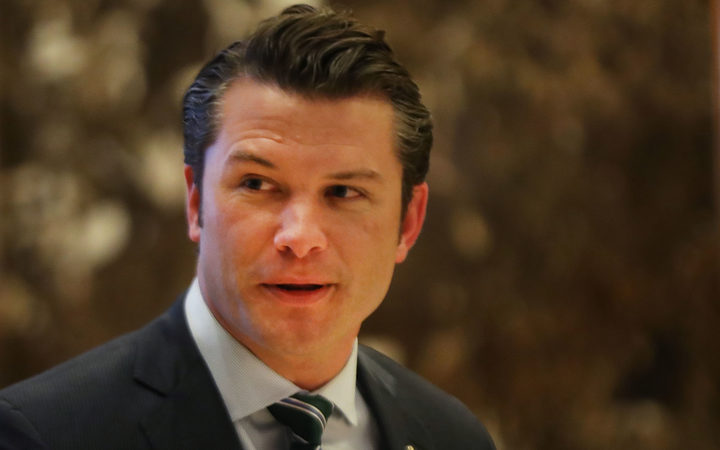 Speaking on Fox and Friends, Hegseth said the infectious micro-organisms did not exist because they could not be seen with the naked eye.

"I inoculate myself," added the Harvard and Princeton graduate.

His confession came after co-hosts Ed Henry and Jedediah Bila made fun of him for eating left-over pizza.

"My 2019 resolution is to say things on air that I say off air," Hegseth said.

His comments were met with both support and concern on social media.

@PeteHegseth I'm with you on hand washing. I'm almost 70 and haven't had a cold or flu in years. Our bodies need some germs to learn how to fight them. Too many germofobes out there.

I wonder if @PeteHegseth would be cool with restaurant workers preparing his food after deliberately not washing their hands?

Mr Hegseth later told USA Today that his remarks were intended to be a joke.

"We live in a society where people walk around with bottles of Purell [a hand sanitiser] in their pockets, and they sanitise 19,000 times a day as if that's going to save their life," he said.

"I take care of myself and all that, but I don't obsess over everything all the time."

Of the public reaction, he said it was ridiculous how people took things so "literally and seriously" so that their "heads explode".

When even @chrislhayes can see the obvious...Twitter really has come full circle. https://t.co/o1dPPaWEhS

The US-based Centers for Disease Control and Prevention said regular hand washing "is one of the best ways to remove germs, avoid getting sick, and prevent the spread of germs to others".

According to a scientific study published by the US National Center for Biotechnology Information, one gram of human faeces - about the weight of a paper clip - can contain one trillion germs.

Bacteria that can be spread by unwashed hands include salmonella and E coli.

US President Donald Trump has admitted on several occasions to being a germophobe.

In his 1997 book, The Art of the Comeback, Mr Trump wrote: "One of the curses of American society is the simple act of shaking hands, and the more successful and famous one becomes the worse this terrible custom seems to get.

"I happen to be a clean hands freak. I feel much better after I thoroughly wash my hands, which I do as much as possible."