A football player and refugee whose detention in Thailand sparked an outcry will be freed and will return to Australia after Bahrain withdrew its extradition request, officials say. 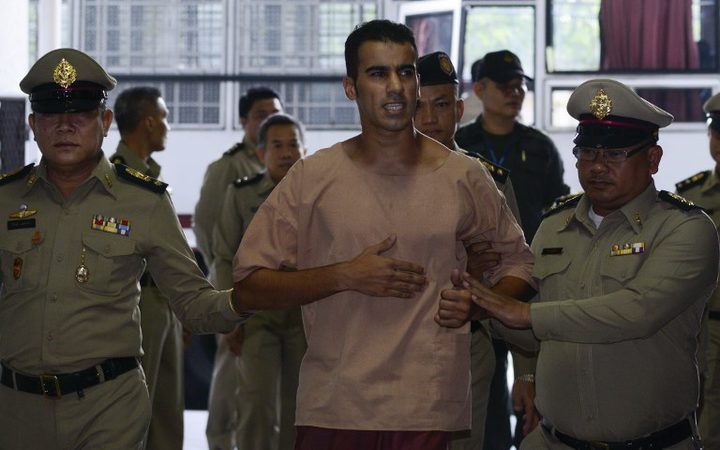 Hakeem Al-Araibi is led into court in Bangkok during an earlier hearing. Photo: AFP

Melbourne-based refugee Hakeem Al-Araibi, who is a Bahraini citizen, fled to Australia in 2014 and was granted political asylum.

He was detained in Bangkok in November on an Interpol notice requested by Bahrain. He had travelled to the Thai capital on honeymoon.

He was sentenced in absentia to 10 years for vandalising a police station.

Al-Araibi, 25, denies the charges and human rights activists say he could face torture if sent back to Bahrain. 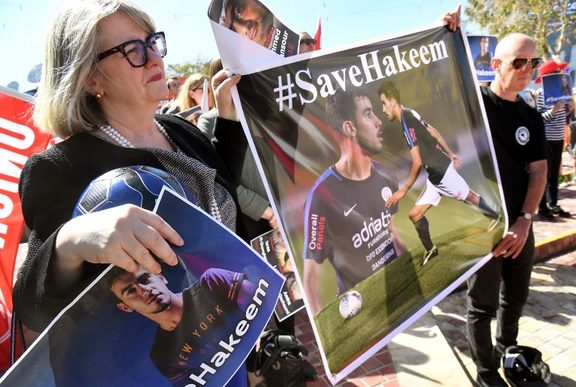 His case has been taken up by high-profile footballers, with stars including Didier Drogba and Jamie Vardy calling for his release.

Former Socceroos captain and prominent broadcaster Craig Foster led the campaign to have him freed who said many wonderful people had stepped forward to help Hakeem.

He was confident Australian embassy staff in Bangkok would take care of the footballer before he flew back to Australia later tonight. "There'll be tears there tonight, as there are in our household right now."

Many wonderful people stepped forward to help Hakeem. They all deserve to be in front of camera now, not only me. I can’t list them, but will thank each of them in time. My thoughts are with Hakeem’s wife. Her nightmare will shortly be at an end. Our prayers answered #Hakeemhome

The Australian government, Fifa and other football bodies have also supported his case.

Thailand's Office of the Attorney General (OAG) asked the court to end proceedings against Al-Araibi because Bahrain had said it no longer wanted him, officials told BBC Thai on Monday.

"This morning the Ministry of Foreign Affairs informed us that Bahrain was no longer interested in this request," OAG foreign office chief Chatchom Akapin said.