A Colombian veterinarian has been sentenced to jail after admitting to smuggling drugs into the US by implanting heroin in live puppies. 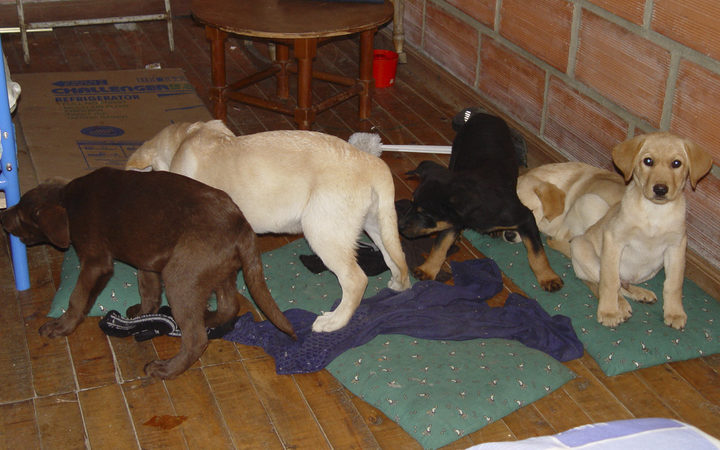 Puppies in a room after they were rescured when drugs were found in them. Photo: AFP

Between 2004 and 2005, Andres Lopez Elorez raised dogs on a Colombian farm and placed bags of liquid heroin inside the canines on behalf of drugs cartels.

In 2015 he was arrested in Spain and was brought to the US to face drug-smuggling charges.

On Thursday a judge in Brooklyn sentenced him to six years in jail.

"Every dog has its day, and with today's sentence, Elorez has been held responsible for the reprehensible use of his veterinary skills to conceal heroin inside puppies as part of a scheme to import dangerous narcotics into the United States," said Richard Donoghue, the US attorney for the Eastern District of New York .

On 1 January 2005, Elorez's farm in Medellin, Columbia was searched by police, who discovered the illicit drug mule operation.

Ten of the bags were discovered after being surgically removed from the puppies by authorities. Three later died after contracting viruses.

According to a justice department spokesman, two of the dogs rescued by officers found new homes with police.

Donna, a beagle, was adopted by a Colombian National Police (CNP) officer and his family.

Heroina, a Rottweiler, was trained by the CNP to become a drug-sniffing dog.