The world's richest man, Amazon.com founder Jeff Bezos, has accused the National Enquirer's owner of trying to blackmail him over lewd pictures. 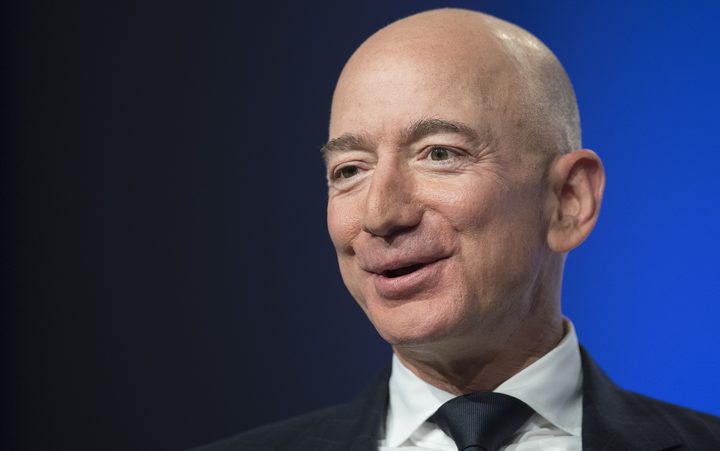 Mr Bezos said the magazine's parent company American Media Inc (AMI) wanted him to drop an investigation into how it obtained his private messages.

Mr Bezos and his wife, MacKenzie, said last month they were getting divorced.

Their announcement came just before the National Enquirer carried reports about the tech titan's extramarital affair.

AMI has not yet responded to the BBC's request for comment.

In a stunning blog post on Thursday, Mr Bezos posted an email he said had been sent to his intermediaries by AMI's representatives threatening to publish "intimate photos" of Mr Bezos and his lover, former TV host Lauren Sanchez.

The billionaire, who also owns the Washington Post, said AMI had wanted him to make a "false public statement" that the National Enquirer's coverage of him and his mistress was not politically motivated.

"Rather than capitulate to extortion and blackmail," wrote Mr Bezos, "I've decided to publish exactly what they sent me, despite the personal cost and embarrassment they threaten."

Mr Bezos said his ownership of the Washington Post was a "complexifier" for him because he had made enemies of "certain powerful people", including President Donald Trump, who is a friend of AMI's boss David Pecker.

AMI recently admitted it had co-ordinated with the Trump presidential campaign to pay a Playboy model $150,000 ($NZ222,720) in hush money to keep quiet about her alleged affair with Mr Trump.

Mr Bezos notes in his blog post how the publisher confessed to the so-called "catch and kill" deal to bury Karen McDougal's politically embarrassing story.

AMI's agreement to co-operate with federal authorities means it will not face criminal charges over the payments, Manhattan prosecutors announced in December.