A young man is standing near the border bridge where the Venezuelan military has created a barricade and is urging troops to accept humanitarian aid. 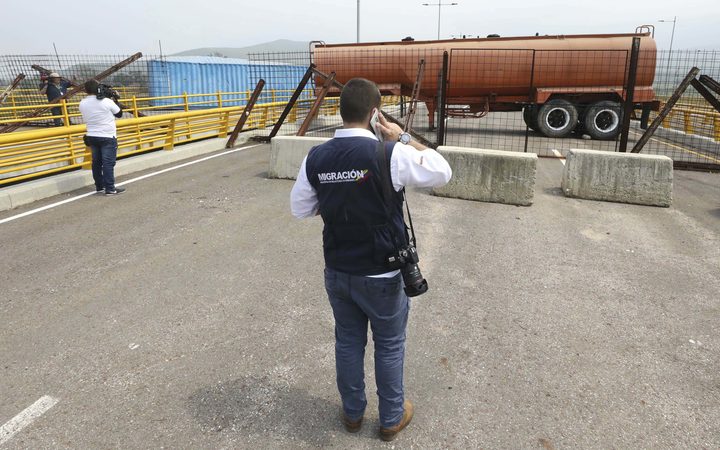 Jose Mendoza, 22, stood at the entrance to the Colombian side of the Tienditas International Bridge today holding a sign that said, "Humanitarian aid now."

Mr Mendoza said he was tired of seeing Venezuelans suffer from food and medical shortages and that the military should stand on the side of the people.

He wanted troops to think about their own families as they decided whether or not to accept the aid from the United States.

Members of the National Guard have blocked the bridge where the aid is expected to arrive with a tanker and two large cargo containers overnight (New Zealand time).

US Agency for International Development chief Mark Green tweeted that the humanitarian aid was ready to move across the border as soon as possible.

It landed amid a political standoff between Venezuelan opposition leader Juan Guaido, who asked for the international assistance, and President Nicolas Maduro, who rejected it as part of a US-led coup. 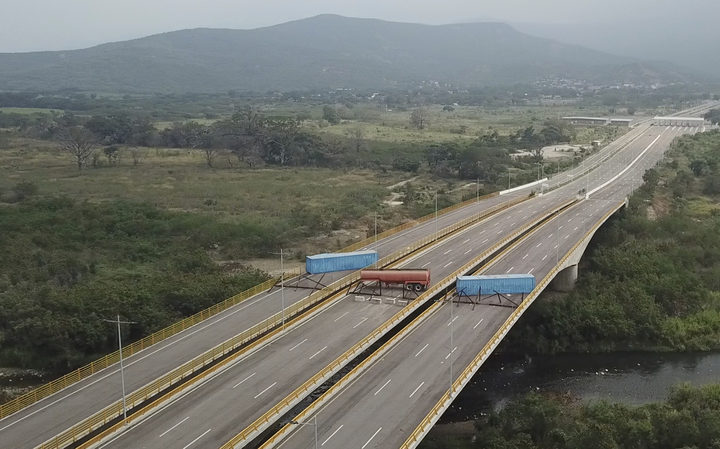 A tanker and containers are being used for the barricade. Photo: AP

Mr Maduro's military has barricaded a bridge between Venezuela and the Colombian border town of Cucuta, a potential crossing point. The bridge was being blocked with a giant orange tanker, two large blue containers and makeshift fencing.

US Secretary of State Mike Pompeo said that Mr Maduro must let the food through to Venezuela's starving people.

Tensions are high for a third week since opposition lawmaker Mr Guaido announced he had assumed the presidency, vowing to oust Mr Maduro and restore Venezuela's democracy.

The bridge is at the same site where officials plan to store humanitarian aid. The Trump administration has pledged $US20 million ($NZ29.6m) in aid and Canada has promised another $53 million. 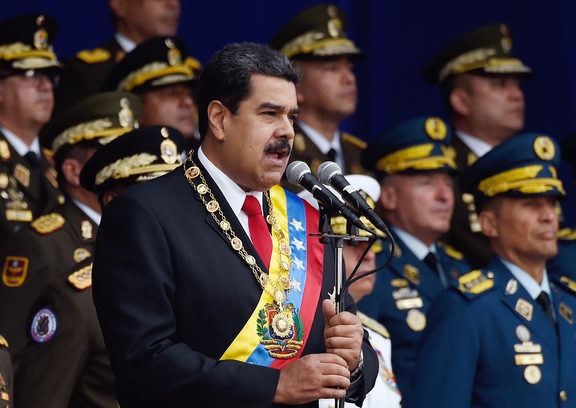 The aid squabble is now the latest front in the battle between Mr Guaido and President Maduro, who is vowing not to let the supplies enter the country. Mr Maduro argues Venezuela isn't a nation of "beggars" and has long rejected receiving humanitarian assistance, equating it to a foreign intervention.

Looking up at the giant containers blocking the bridge, aid worker Alba Pereira shook her head and dismissed the barricade as another government ploy. She said that humanitarian volunteers would find a way to get the aid into the country regardless.