A Brazilian television network is reporting that a mining company was made aware of problems with a dam's sensors, two days before it collapsed killing an estimated 300 people. 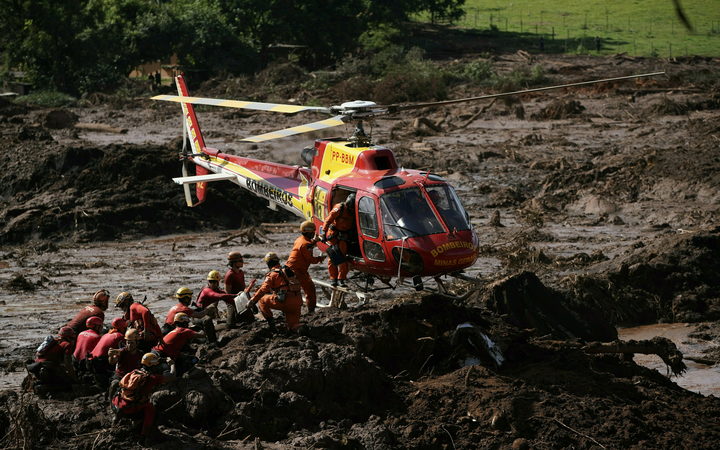 Firefighters search for victims in the days after the dam collapse on 25 January. Photo: AP

An exchange of emails between executives at the company, Vale, an outside auditing firm and a third inspection firm discuss discrepancies in data obtained from automated instruments designed to monitor the dam.

Two employees from the auditing firm were arrested in the days after the dam in Brumadinho broke, and the information comes from the evidence of one of them.

Makoto Namba said in his deposition that he was not made aware of the discrepancies until after the dam broke, and felt pressured by the mining company to certify the dam as stable.

The mining company said it was co-operating with the investigation.