An eighth person has died and a woman has been detained after a fire in an apartment building in Paris that also injured about 30, authorities say. 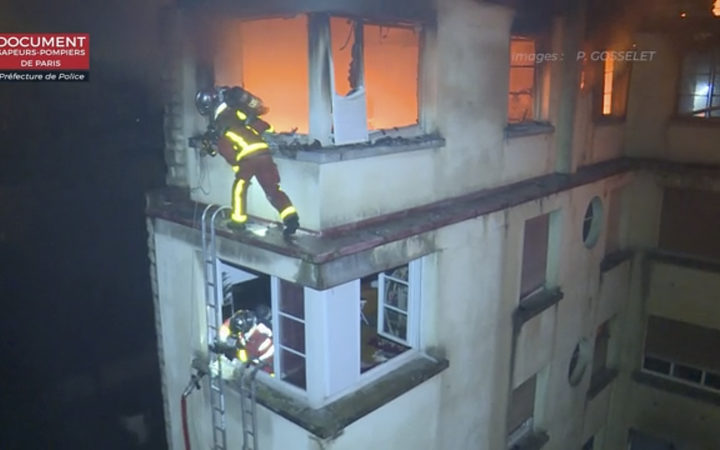 Firefighters scale the top floors of an apartment building on fire in Paris, France. Photo: Paris Fire Dept. via AP

The fire broke out in an eight-storey building in the city's fashionable 16th district. It is not clear what caused the blaze.

Paris prosecutor Remy Heitz told reporters that investigators suspected a "criminal" cause for the fire and that a woman was in custody.

Emmanuel Gregoire, an official with the city government, said the victims were residents.

The fire began on the upper floors and spread to other parts of the building, he said.

Firefighters rescued about two dozen people who had fled to the roof or climbed out windows to escape the flames, and evacuated others from inside.

"The toll could still increase because the fire is still in progress on the 7th and 8th floors" of the eight-storey building, a fire service spokesman told the AFP news agency.

About 200 firefighters were deployed, helping to rescue those trapped on the roofs.

Jacqueline Ravier, who lives across the street from the building, said "I heard a woman screaming in the street, crying and screaming for help."

She said shaken, evacuated residents were brought to her building and the one next door while firefighters continued to fight the flames. 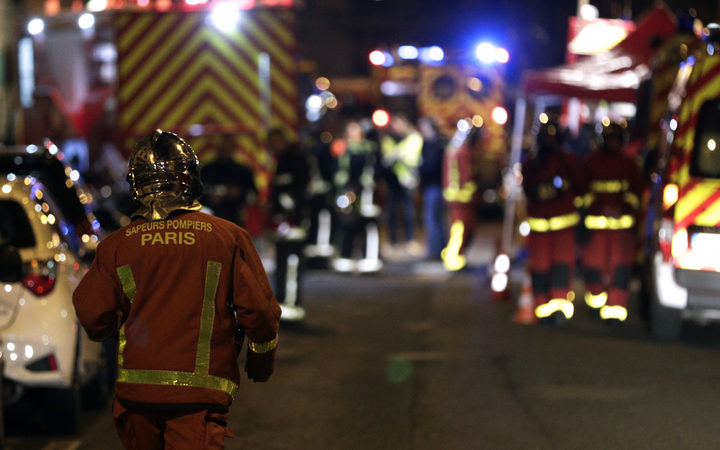 Firefighters are seen near a building that caught fire in the 16th arrondissement in Paris. Photo: VAN DER HASSELT / AFP

She described seeing "a young man in his underwear," blackened by smoke, and a woman motionless on the ground outside.

"We feel the smoke," she said. "What's surprising is how long it lasted."

Surrounding buildings in the upmarket area not far from the Eiffel Tower were evacuated as a precaution.

Paris Mayor Anne Hidalgo wrote on social network Twitter that the city was in mourning after the incident.

The fire comes a month after a deadly explosion and blaze linked to a gas leak in a Paris bakery.