The Pacific island of Niue is saying goodbye to its only duck, Trevor, who captured global attention after he showed up in 2018. 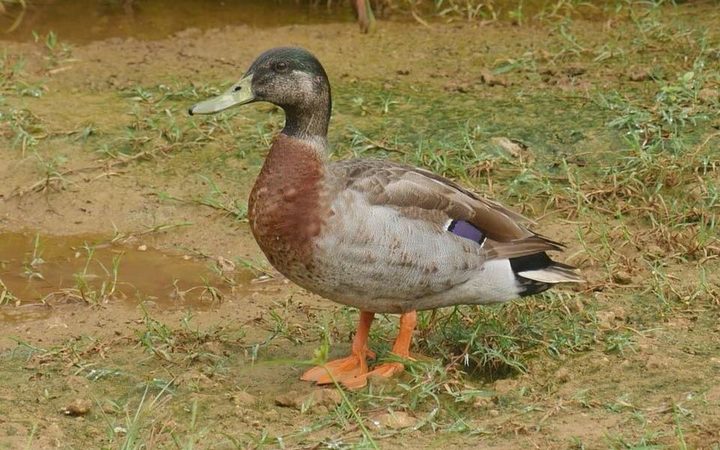 Trevor the duck had to make do with a puddle rather than a pond. Photo: Facebook

On a Facebook page dedicated to the lone mallard, a post reported that he was, "seen dead in the bush after being attacked by dogs". His death brings an end to a whirlwind romance with the bird, who turned heads on both sides of the Tasman on an island that didn't have any ducks.

"Deepest sympathy to the people of Niue from the Parliament of New Zealand," wrote Trevor's namesake, Trevor Mallard, who is also Parliament's Speaker.

The duck was first brought to popular attention by the deputy political editor of the New Zealand Herald, Claire Trevett who stumbled upon the story after Trevor became a local landmark for directions.

"Someone said, 'Turn right past the duck' and then the whole story came out, the only duck on Niue," she told the ABC.

Rae Findlay, chief executive of the Niue Chamber of Commerce and Trevor's social media secretary, said it was a "sad time for Niue".

"He captivated the locals, of whom there are only 1600 in Niue, and the 9000 visitors to Niue each year," Mr Finday said.

"He will definitely be missed, he captured many hearts and even the rooster, the chicken and the weka were looking a little forlorn today wandering around the near dry puddle."

Niue doesn't have the traditional habitat for ducks, which is one of the world's largest coral islands defined by jagged limestone cliffs - an ecosystem that doesn't host wetlands or ponds.

Trevor was able to make a home in a large puddle on the island, which the Niue Fire Service then topped up.

At first, Niue locals weren't able to explain how Trevor had arrived. Even the island's chief executive of tourism, Felicity Bollen, was stumped.

"He literally just showed up one day and I've actually just driven past him … he looked quite happy this morning, splashing around in his puddle, surrounded by some resident roosters," Ms Bollen told Pacific Beat.

But it was a storm which eventually gave Trevor a new home in January 2018.

"It's assumed he came from New Zealand but it is also possible he came from Tonga or another Pacific Island," Mr Findlay said.

"He had plenty of visitors each day bringing him food, just checking on him or taking photos and selfies."

His subsequent fame made him an inadvertent ambassador for the island, which in turn taught the world a little bit about Niue.

The island is a self-governing territory in free association with New Zealand, whose head of state remains the Queen.

All of its citizens have New Zealand passports.

While it remains unclear if the island will ever host a guest like Trevor again, what remains clear is Trevor's lasting impact on the story of Niue.

"Trevor the Duck - Niue was just one of those rare good news stories that touched people," he said.

"After a year of driving around with a bag of oats always in my car I'll miss my stops on the way to and from work to feed and check on Trevor."

"He certainly reached a lot of people around the world who probably needed to Google, Where is Niue?"