The first plant grown on the Moon has withered and died just 24 hours after sprouting to life onboard China's lunar probe - dashing hopes of the moon's potential for supporting future space travellers. 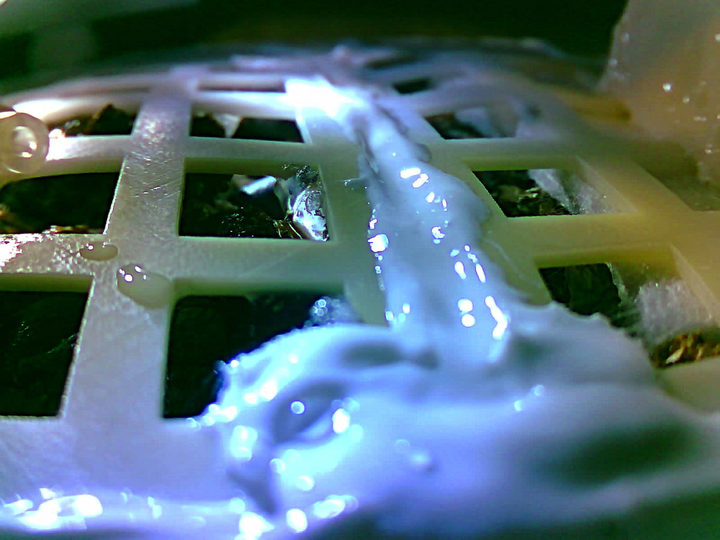 An image sent by China's Chang'e-4 probe shows one a cotton seed has sprouted inside the lander while on the moon. Photo: AFP / Xinhua

The cotton seed plant - which relied on sunlight at the Moon's surface - died overnight when temperatures on the far side of the Moon dropped to as low as -170C.

Unlike Earth, the Moon does not boast an atmosphere to buffer from extreme temperatures.

Professor Xie Gengxin of Chongqing University, who led the design of the space experiment, told Chinese newspaper Inkstone his team had anticipated the plant's short lifespan.

"Life in the canister would not survive the lunar night," he said.

While astronauts have grown plants on the International Space Station in the past, China's experiment was the first time any have grown on the Moon.

This posed a challenge for scientists, who were left to guess what conditions would be when setting up the experiment.

"We had no such experience before. And we could not simulate the lunar environment, such as microgravity and cosmic radiation, on Earth," Mr Xie said.

Potato seeds, rapeseeds and fruit fly eggs were also onboard the rover in a sealed canister.

Scientists had hoped the seeds would grow and form a micro-ecosystem in which the plants would provide oxygen to the fruit flies, which would then produce the carbon dioxide needed for photosynthesis to take place.

Images released by the China National Space Administration (CNSA) yesterday showed the cotton seeds sprouting on the far side of the Moon, in what the ruling Communist Party's official mouthpiece, The People's Daily, labelled a "first in human history".

"A cotton seed brought to the moon by China's Chang'e 4 probe has sprouted … marking the completion of humankind's first biological experiment on the moon," it tweeted.

The Chang'e 4 probe, led by the CNSA, successfully performed the first soft landing on the Moon's far side on 3 January 3.