Penny Marshall, who played an endearingly graceless character with a thick Bronx accent in US television's Laverne & Shirley before becoming a pioneering film director with hits including Big and A League of Their Own, has died at 75. 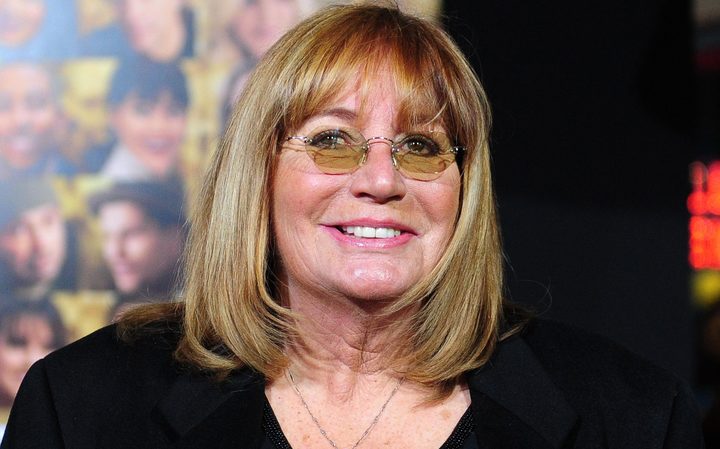 Marshall died of complications of diabetes at her home in Hollywood Hills, California, her publicist, Michelle Bega said.

Marshall played the unrefined but lovable Laverne DeFazio on Laverne & Shirley, a situation comedy that ran from 1976 to 1983, following the lives of two single women and their nutty friends in the 1950s and '60s Milwaukee.

Marshall, known for her bluntness, described the success of the series this way: "We dared to be stupid."

Marshall, the younger sister of successful TV and film director and producer Garry Marshall, turned to directing after her series ended. Her first film was the underwhelming 1986 Whoopi Goldberg comedy Jumpin' Jack Flash, but that was followed by the charming 1988 hit Big, starring fellow former TV sitcom star Tom Hanks.

Hanks delivered a great performance in the wistful comedy as a 12-year-old boy whose wish to become an adult is magically granted. The film is known for its classic scene in which Hanks and Robert Loggia play duets by dancing on a toy store's foot-operated electronic keyboard.

I am absolutely devastated. #PennyMarshall was one of my dearest friends. I loved her. Funny, warm, a true individual and remarkable talent. #RidingInCarsWithBoys

Hanks also appeared in A League of Their Own alongside Geena Davis, Rosie O'Donnell and pop star Madonna in the story of the first female professional baseball league. The film's most famous line comes after a player starts sobbing when Hanks, the team's irascible manager, chews her out for a baseball blunder.

Other films Marshall directed included: Renaissance Man (1994) with Danny DeVito; The Preacher's Wife (1996) with Denzel Washington and Whitney Houston; and Riding in Cars with Boys (2001) with Drew Barrymore.

"Our family is heartbroken over the passing of Penny Marshall," the Marshall family said in a statement, adding that Penny was a tomboy who loved sports, doing puzzles of any kind, drinking milk and Pepsi together and being with her family.

Thousands of social media users, including many celebrities, expressed their condolences on Twitter.

Actor James Woods wrote online, "I am absolutely devastated. #PennyMarshall was one of my dearest friends. I loved her. Funny, warm, a true individual and remarkable talent. #RidingInCarsWithBoys."

"Thank you, Penny Marshall. For the trails you blazed. The laughs you gave. The hearts you warmed," wrote director Ava Duvernay.

She said her lack of fear of being thrown out of Hollywood helped her succeed. "I'll try anything. What are they gonna do, kick me out of show business?" Marshall told Reuters in 2012. "I didn't have that problem because I wasn't ambitious enough."

Laverne & Shirley was a spinoff from the popular Happy Days series, created by her brother Garry.

Thank you, Penny Marshall. For the trails you blazed. The laughs you gave. The hearts you warmed. pic.twitter.com/7qPKJa6ApH

Marshall chronicled her life in a 2012 book My Mother Was Nuts, filled with stories about growing up in New York City's Bronx borough, her dance-instructor mother and Marshall's drug-fueled times in the 1970s among famous names.

She also battled health problems, including dual diagnoses of lung cancer and a brain tumor in 2009.

Before Laverne & Shirley, Marshall appeared as sports writer Oscar Madison's secretary Myrna on the sitcom The Odd Couple and popped up as a neighbor of main character Mary Richards on Mary Tyler Moore.

She was a finalist for the role of Gloria, daughter of the bigoted Archie Bunker on the successful sitcom All in the Family, but did not get the role. That series also starred future film director Rob Reiner, to whom Marshall was married from 1971 to 1979.

She had a daughter, Tracy, from an earlier first marriage.