The Australian Federal Government has been accused of unlawfully locking up an Aboriginal man in immigration detention and moving to banish him from Australia - the second such case in about four months.

He is the second overseas-born man of Aboriginal heritage since September to go to the High Court fighting his removal under Australia's migration laws.

Lawyers acting in both cases say they will press for a legal precedent that a "member of the Aboriginal race of Australia" under the constitution cannot be treated as an "alien".

Mr Thoms, 38, a father of one, was detained in September after serving part of an 18-month jail sentence for a domestic violence assault.

He has convictions dating back more than a decade and his residency visa was cancelled in September under the character test of the Migration Act 1958.

Born to an Australian mother and a New Zealand father who is now an Australian citizen, Mr Thoms has lived in Australia since the age of seven but never obtained citizenship.

His mother Jenny Thoms, who has a certificate of Aboriginality confirming descent from the Gunggarri people of south-west Queensland, said her son faced removal to a country where he had no effective connection.

"We're all pretty horrified at the thought of it, horrified from the day we learned that he was going to be detained," she told the ABC.

"Probably one of the main thoughts in the back of my mind was that he will never see [his son] because he wouldn't be able to come back to Australia to see him."

Solicitor Rod Hodgson, a partner at the law firm Maurice Blackburn, said his client's removal "intuitively and on a fairness basis doesn't stack up".

"Here's a man who came to Australia as a very young boy, he has lived here, he's worked here, he is of Aboriginal heritage," he said.

"He's been on the wrong side of the law, done the crime, done the time, but now is facing a second lot of punishment being deported back to New Zealand, a place where he has no links.

"That's not fair and we say it's not lawful either."

Jenny Thoms said she had raised her son's case when she encountered former immigration minister Peter Dutton at her Brisbane workplace in October.

"His only response was, 'well, he'll have to go back to New Zealand and fight it'," she said.

Mr Hodgson said once people were deported it was "exceptionally difficult" to return and the impacts on families were "quite profound".

"Kids don't see their dads, and the ability to provide support as a breadwinner is diminished or extinguished completely."

The number of people detained under section 501 of the Migration Act has increased by 1,342 per cent since 2014, when the government made any jail sentence of 12 months or more a mandatory trigger for deportation.

The immigration minister has the power to revoke the decision, which occurs in one quarter of cases.

People who allegedly failed the character test now account for a third of the 1,300 people in immigration detention.

'We're struggling. We need him home' 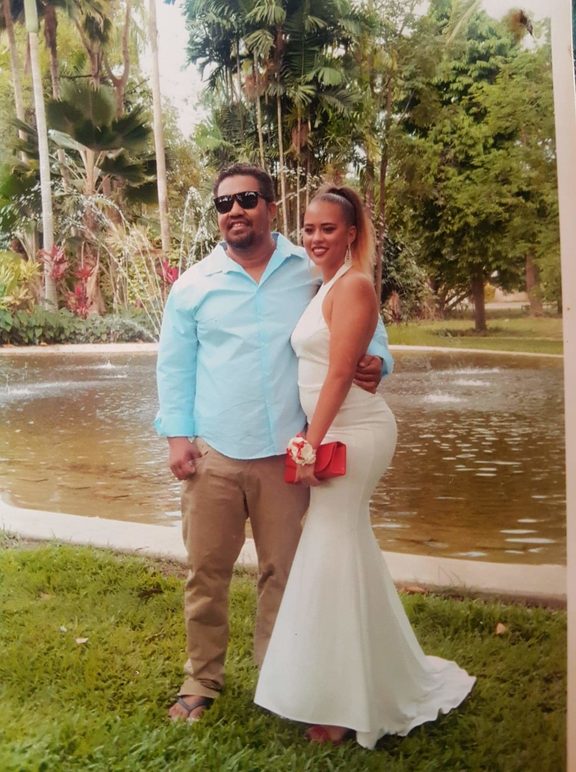 A father of five Aboriginal children fighting his removal to New Zealand has had his application to appeal accepted by the Department of Home Affairs - nine months after he lodged it.

Christian Tapaitau, 38, a mining worker who has lived in Australia since he was 15, has been held at BITA since August.

He served part of a 12-month jail sentence for assault after a workplace brawl in Mount Isa, his only stint in prison.

His partner Cecilia Yowyeh has taken a fly-in, fly-out mining job to support the family.

"We're struggling. We need him home so we can do this together, not me doing it on my own," she said.

"I want him home with our kids. He needs to be here with us."

The department told Mr Tapaitau in March it had not received his appeal paperwork, but then last month confirmed it had received his request on 23 February, a day after the deadline.

But it told him it would be starting the application process from 14 November, meaning he has been waiting for months in detention for an outcome.

The department said applications were "prioritised according to the date a person is taken into immigration detention".

The department would not comment on individual cases but a spokesman said the Minister or his delegate could reverse decisions for reasons including "the strength of the non-citizen's ties to Australia and the extent of impediments" if they are removed.

He said cases were prioritised where "sufficient evidence is provided of urgent family responsibilities and of long-term residents" within a "designated timeframe".

He said the department took seriously its obligations towards the welfare of children and their best interests were "a primary consideration".

But the government also "takes seriously its responsibility to protect the Australian public from the risk of harm posed by non-citizens who engage in criminal conduct or behaviour", he said.

The family of another former prisoner who faces removal to Papua New Guinea (PNG) has told the ABC of their grave concerns for his welfare.

Gus Kuster has been held in the Brisbane Immigration Transit Accommodation Centre (BITA) since July, after serving part of a 12-month jail sentence for breaching the Domestic Violence Act.

The 40-year-old father of one has lived in Australia since he was three.

His Australian great-grandfather fought in Gallipoli and his grandfather served for Australia in World War II.

His father Richard Kuster said he had lost one son to suicide and he felt the other was "on death row".

"He is my only remaining son, and by sending him back to New Guinea, well, I don't think he'll live anymore," he said.

Agnes Kuster said she had no close living relatives to support her son in PNG.

"Why do you want to send him there? He doesn't know anything about New Guinea, nothing," she said.

The department has told Mr Kuster he failed to meet the 28-day deadline for appeals.

The firm representing Mr Thoms is also pursuing the Federal Government for damages on behalf of Indigenous man Daniel Love, who had been earmarked for removal to Papua New Guinea.

The Minister reversed this decision in September after the ABC revealed lawyers were taking Mr Love's case to the High Court.

Mr Hodgson said he was not surprised a similar case had emerged "because the statistics are stunning".

Two years ago, the Commonwealth Ombudsman raised concerns about the prolonged detention of former prisoners, and the impacts on their dependent children, because of a backlog in cases.

A decade earlier, the watchdog questioned "whether mitigating information was presented in sufficient detail for persons who arrived in Australia during childhood and for persons being removed for minor offences, despite having children who were Australian citizens".

A spokesman for the Department of Home Affairs told the ABC it had "significantly improved its management of the section 501 caseload" since 2016.

This included "streamlining of administrative processes" to speed up decisions on character removals and "expanding capacity" to do this before jail terms ended.

Mr Hodgson said the statistics suggested longstanding problems with the scheme "may have actually worsened".