President Donald Trump has told reporters that his chief of staff John Kelly will leave his job by the end of the year. 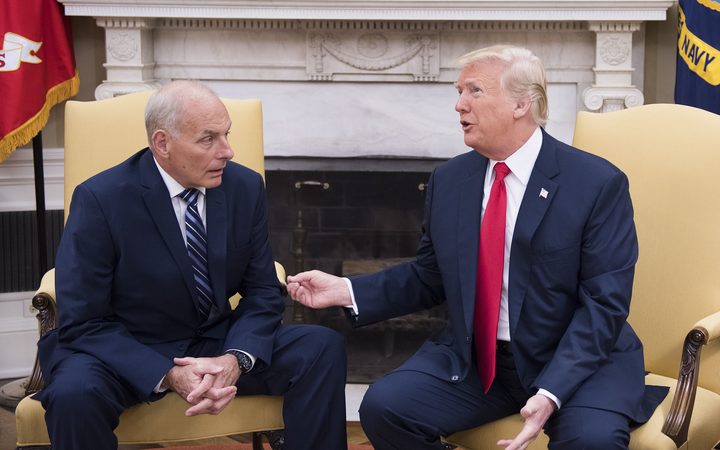 There have been persistent reports for several days that Mr Kelly was under pressure to go.

Some reports said that the retired Marine Corps general's relationship with Mr Trump had deteriorated and they were no longer on speaking terms.

A replacement would be named "over the next day or two", Mr Trump added.

He made the announcement as he headed to Philadelphia for an American football match between army and navy teams.

In total, 28 people have resigned or been fired from the White House during Mr Trump's administration.

Last month Reuters news agency quoted a source as saying that Vice-President Mike Pence's chief of staff Nick Ayers was a possible contender for the chief of staff role.

Earlier this year Mr Kelly was forced to deny that he had called Mr Trump an "idiot" after the quote was included in a book about Mr Trump by the veteran investigative journalist Bob Woodward.

Mr Kelly is said to have used the description repeatedly and also allegedly said that "it's pointless to try to convince him of anything".