Former Adelaide archbishop Philip Wilson is set to walk free after his conviction for concealing child sexual abuse was quashed by a judge. 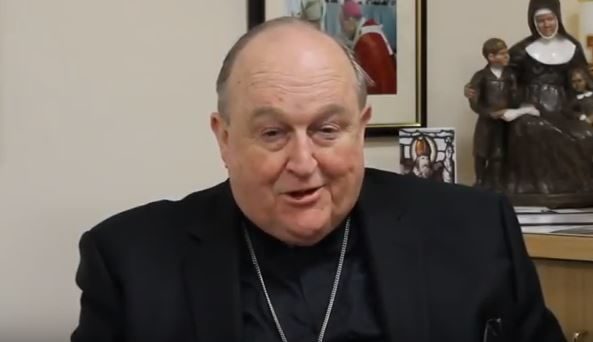 The judge said Father Wilson was an honest and consistent witness and he had reasonable doubts that he had been told about the abuse.

Father Wilson was excused from attending court today in order to avoid a "media scrum" but did appear via video link.

The 68-year-old was the highest-ranking Catholic in the world to be convicted of the concealing child sexual abuse and had been serving a minimum sentence of six months home detention.

Newcastle Local Court convicted Father Wilson in May of concealing abuse committed by paedophile priest Jim Fletcher in the Hunter Valley dating back to the 1970s.

It found that in 1976 a victim, Peter Creigh, confided in Father Wilson that he had been sexually abused, yet Father Wilson failed to report it to police when Fletcher was charged with other child sex offences in 2004.

"There were very honest features of his evidence to provide a strong platform for him to be an honest witness," he said.

"[He] did not attempt to blacken the name of Peter Creigh and allege he was a liar.

"He was clearly an intelligent and articulate witness.

Judge Ellis said the crown failed to prove its case beyond reasonable doubt, upheld the appeal and then ordered that the clergyman be released.

At that point a Catholic clerical abuse survivor stood up in the courtroom gallery and shouted, "Bullshit, that is a disgrace".

The crown has indicated it will appeal the decision.

In his judgment, Judge Ellis highlighted what he called inconsistencies in a Mr Creigh's evidence.

He also questioned Mr Creigh's memory in relation to the timing of his alleged conversation with Father Wilson, when he claimed he raised the alarm about Fletcher's abuse.

He also said there were inconsistencies in relation to the length of the conversation and frequency of the abuse.

"Was the duration of the abuse, six or nine months?" the judge asked.

Judge Ellis said the media interest in the case had been intense.

"This is not a criticism of media, but intended or not, the mere presence of large amounts of media from all around Australia and the world carries with it a certain amount of pressure on the court," judge Ellis said.

The judge also had highlighted he had to give himself directions or warnings while he assessed the evidence in the appeal fairly.

"As a tribunal of fact, I am expected to use my indicators and qualities of reasoning and my common sense," he said,

"I must act impartially and fearlessly and must not let sympathy sway my judgement."

In a statement, Catholic Archdiocese of Adelaide said it welcomed the conclusion of "a process that has been long and painful for all concerned".

"We now need to consider the ramifications of this outcome."