USA Gymnastics, the sport's governing body, has suffered another blow for an organisation that has struggled to recover from scandal after former national team doctor Larry Nassar sexually abused hundreds of gymnasts. 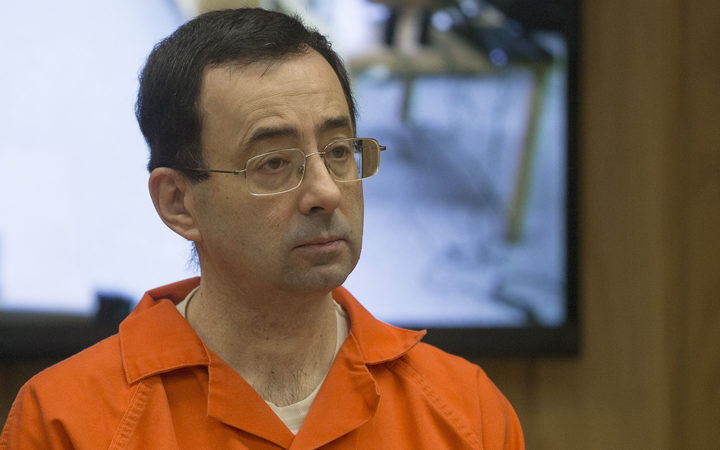 The organisation filed for protection from creditors in US Bankruptcy Court in Indianapolis, according to court records.

"That is the primary reason that we made this filing, to use the Chapter 11 process as a vehicle for resolving those claims," she said.

Nassar was sentenced to up to 300 years in prison in two different trials in Michigan last February after more than 350 women testified about abuse at his hands.

The scandal prompted the entire board of directors at USA Gymnastics to resign, along with the president and athletic director at Michigan State University, where Nassar also worked.

The filing could complicate efforts by Nassar's victims to recover damages from the organisation through lawsuits. Typically, a bankruptcy petition will temporarily halt any litigation while the process unfolds in bankruptcy court.

In its bankruptcy petition, the organisation listed between $50 million and $100m ($NZ73m - $145m) in assets and the same amount in liabilities.

Among the biggest unsecured claims listed in the filing is a $340,000 ($NZ494,000) severance payment for former Chief Executive Steve Penny, who resigned in March 2017 amid criticism of the way USAG handled the Nassar abuse scandal.

The payment is "disputed," according to the filing.