UK Prime Minister Theresa May has suffered three Brexit defeats in the Commons as she set out to sell her EU deal to sceptical MPs. 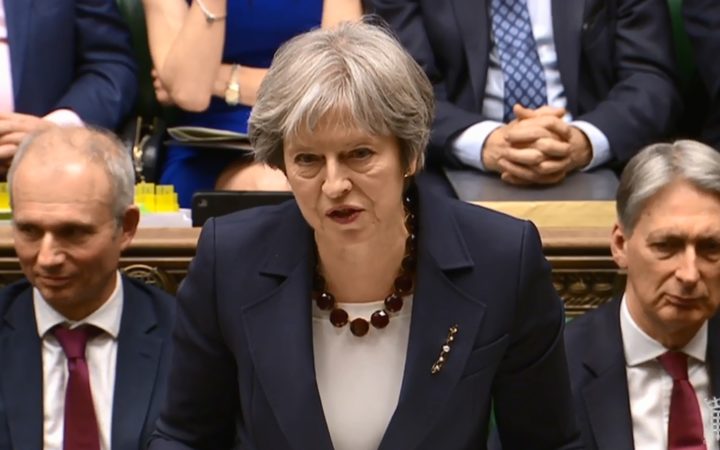 Ministers will be forced to publish the government's full legal advice on the deal after MPs found them in contempt of Parliament for issuing a summary.

And MPs backed a motion giving the Commons a direct say in what happens if her deal is rejected next Tuesday.

Mrs May said MPs had a duty to deliver on the 2016 Brexit vote and the deal on offer was an "honourable compromise".

Addressing the Commons at the start of a five-day debate on her proposed Brexit agreement, Mrs May said Brexit divisions had become "corrosive" to UK politics and the public believed the issue had "gone on long enough" and must be resolved.

MPs will decide whether to reject the terms of the UK's withdrawal and future relations with the EU on Tuesday 11 December.

What was the legal advice row?

The Commons supported a motion demanding full disclosure of the government's legal advice, by 311 votes to 293.

The move was backed by six opposition parties, while the Democratic Unionists, which have a parliamentary pact with the Conservatives, also voted against the government.

It came after Attorney General Geoffrey Cox published a summary of the advice on Monday and answered MPs questions for three hours - but said that full publication would not be in the national interest.

Labour had accused ministers of "wilfully refusing to comply" with a binding Commons vote last month demanding they provided the attorney general's full and final advice.

After Labour demanded the advice should be released ahead of next Tuesday's key vote on Mrs May's deal, Commons Speaker John Bercow said it was "unimaginable" this would not happen.

In response, Commons Leader Andrea Leadsom said she "would respond" on Wednesday but would ask the Commons Privileges Committee to consider the constitutional repercussions.

An attempt by ministers to refer the whole issue, including the government's conduct, to the committee of MPs was earlier defeated by four votes.

Following Tuesday's vote, the privileges committee will decide which ministers should be held accountable for this failure and what sanction to apply, with options ranging from a reprimand to a potential suspension from the House of Commons.

And Lib Dem leader Sir Vince Cable said the government was "on the ropes". He added: "Theresa May's majority has evaporated, and the credibility of her deal is evaporating with it." 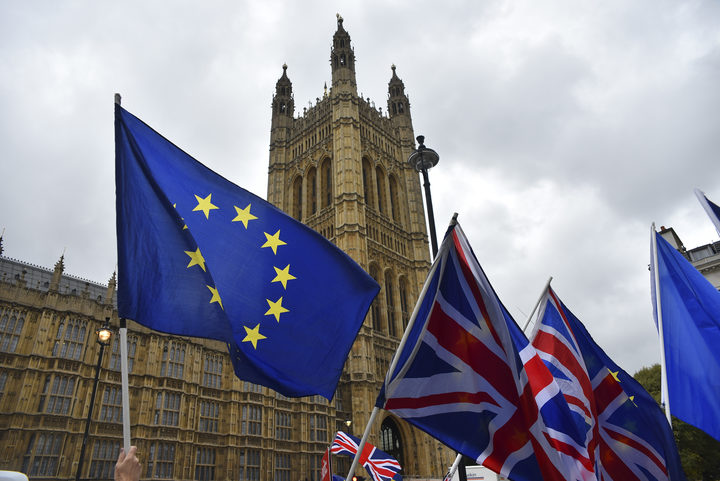 Theresa May said the UK would enjoy a better future outside the European Union. Photo: AFP

Theresa May suffered a further setback on Tuesday as MPs backed, by 321 votes to 299, changes to the rules on what happens should the Commons vote down her deal next week.

The vote, which was spearheaded by Conservative Dominic Grieve and saw 26 Tory MPs rebel against the government, could potentially tilt the balance of power between government and Parliament.

It means that instead of the government having to come back to tell MPs what their next steps are - and MPs voting on that - they would theoretically be able to vote on what they wanted the government to do as well.

The BBC's political editor Laura Kuenssberg said MPs were asking for the right to tell ministers what to do if there is a second attempt to get the PM's deal through the Commons.

One of those to back the motion, Oliver Letwin, said he believed the majority opinion of the Commons was that a no-deal exit would be "catastrophic" for the UK.

He said the motion allowed those who shared his views to "crystallise and express" their opinions.

What did the PM say?

As she sought the backing of the Commons for her Brexit deal, the prime minister said the UK would enjoy a "better future" outside the European Union.

She said her agreement respected the outcome of the 2016 referendum while protecting vital trading relations with the EU and insisted the British public wanted closure on the issue.

She said the "honourable compromise" on offer was "not the one-way street" many had portrayed it to be and that the EU had made it clear that the agreement would not be improved on.

She also said Parliament would be consulted on the government's negotiating mandate as it embarks on talks on the UK's future relationship with the EU.

"I never said this deal was perfect, it was never going to be. That is the nature of a negotiation," she said.

"We should not let the search for a perfect Brexit prevent a good Brexit which delivers on the wishes of the British people.

"I promise you today that this is the very best deal for the British people and I ask you to back in the best interest of our constituents and our country."