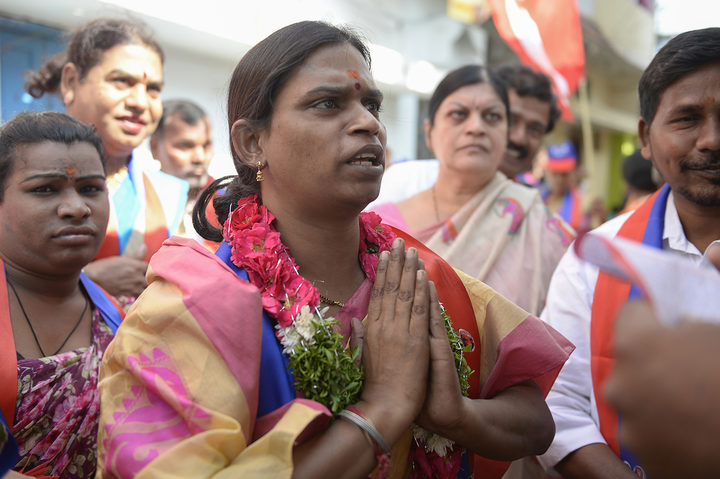 A transgender candidate in state elections in southern India has presented herself at a police station after her disappearance prompted fears of a kidnapping.

Chandramukhi Muvvala disappeared minutes after she left her one-room home yesterday in Hyderabad, capital of Telangana state, where she is the only transgender candidate participating in state elections .

Muvvala was "extremely disoriented" when she reappeared, according to her campaign aide, Bittu Karthik.

Muvvala is an activist with the Telangana Hijra Intersex Transgender Samiti, a local advocacy group for hijras - or transgender women - which campaigns against transphobic violence.

India has about 2 million transgender people, according to the 2011 census.

Muvvala's disappearance sparked concern in the transgender community about her safety, according to Karthik.

Although the Supreme Court ruled in 2014 that transgender people have equal rights under the law, they are often shunned and many survive through begging or sex work.