A passenger jet that crashed into the sea near Indonesia last week had an airspeed indicator problem on its final four flights, officials say. 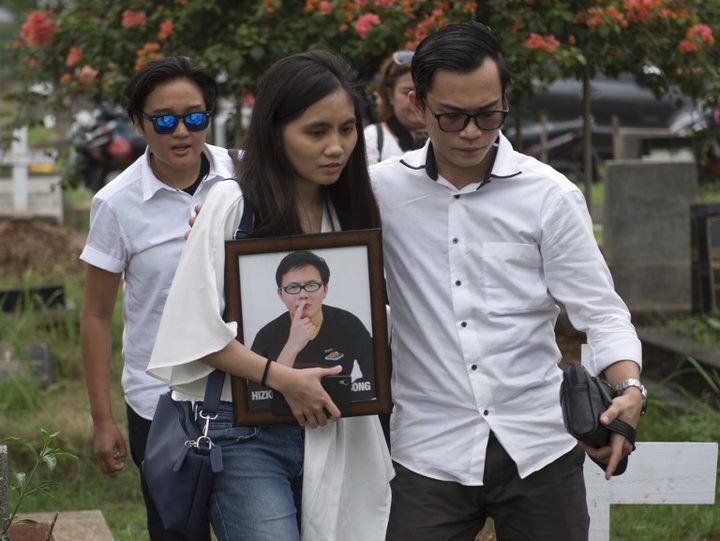 The sister of Hizkia Jorry Saroinsong, a passenger on the Lion Air flight, carries her brother's portrait during his funeral in Jakarta. Photo: AFP

The damage to the device, which tells pilots how fast their planes are travelling, was revealed after the recovery of a "black box" recorder.

Angry relatives confronted Indonesian officials at a conference on Monday.

They wanted to know why the plane was allowed to fly and demanded there be no let up in recovery efforts. The cause of the crash is still unclear.

"We are the victims here. Imagine if you were in our position," said Najib Fuquoni, a relative of a victim.

At one point, families demanded that Lion Air's founder, Rusdi Kirana, who attended the meeting, stand up.

He did not speak but clasped his hands in prayer and bowed his head.

Logs obtained by the BBC have already shown that on the Boeing 737 Max's penultimate flight, airspeed readings were unreliable.

But Indonesia's National Transportation Safety Committee now says there were also problems on the previous two flights, as well as the final, fatal journey.

They did not say whether the problems stemmed from a mechanical or maintenance issue, or whether the faulty meter was a factor in the crash.

"Currently we are looking for the cause of problem," said investigator Nurcahyo Utomo, Associated Press reported.

"Whether the trouble came from its indicator, its measuring device or sensor, or a problem with its computer. This is what we do not know yet and we will find it out". 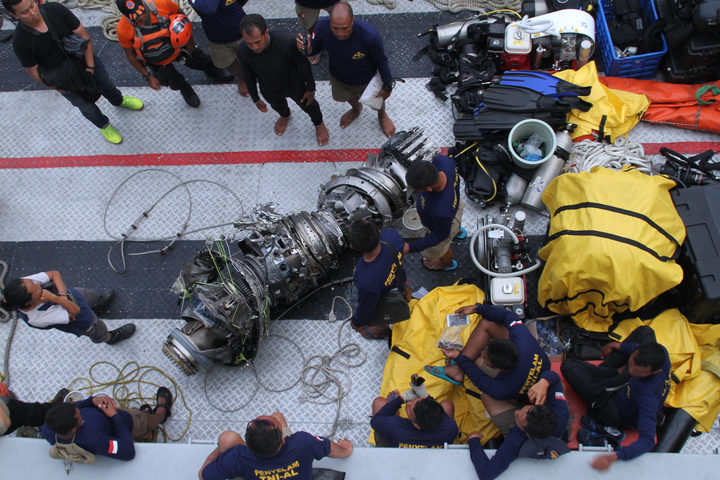 Parts of an engine of the Lion Air flight JT 610 are recovered from the sea during search operations in the Java Sea. Photo: AFP

Indonesia's government ordered an inspection of all the country's Boeing 737 Max planes following the crash.

The jet plummeted into the Java Sea - no survivors have been found, nor has the body of the Boeing 737.

The plane was making a one-hour journey to the western city of Pangkal Pinang when it went down.

The pilot had asked air traffic control for permission to turn back to the airport but then contact was lost.

Victims' relatives are still waiting to receive the remains of loved ones. Scores of body bags have been gathered but so far only 14 individuals have been identified.