A man charged with shooting 11 worshipers to death at a Pittsburgh synagogue has appeared in court shackled and in a wheelchair. 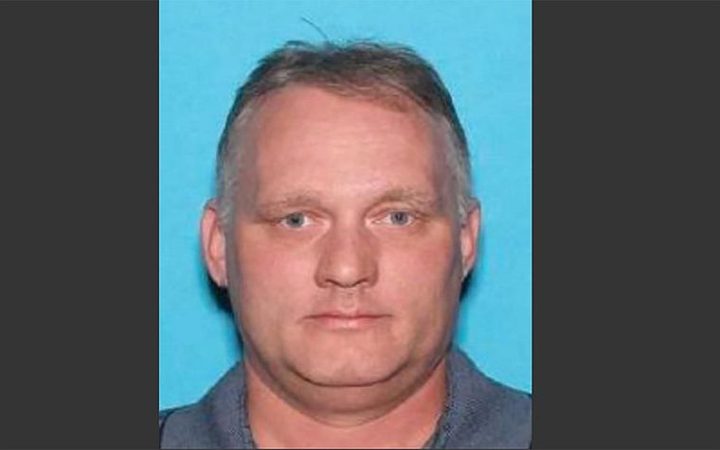 Robert Bowers, 46, who was wounded in a gunfight with police at the synagogue on Saturday, acknowledged the 29 charges against him, which could lead to his execution if found guilty.

The federal court in Pittsburgh ordered him held without bond for the deadliest attack ever on America's Jewish community.

Bowers, who has a history of posting anti-Semitic material online, will get a court-appointed attorney and was remanded to custody of US marshals. His next hearing is set for Thursday.

"Robert Bowers murdered 11 people who were exercising their religious beliefs," US Attorney Scott Brady said after the arraignment, adding that a grand jury would hear details of the crime within 30 days.

The synagogue massacre has heightened debate over the rhetoric US President Donald Trump uses with critics saying it has encouraged right-wing extremism, which the administration rejects. But a group of Jewish leaders told Mr Trump in an open letter that he was "not welcome in Pittsburgh until you fully denounce white nationalism". 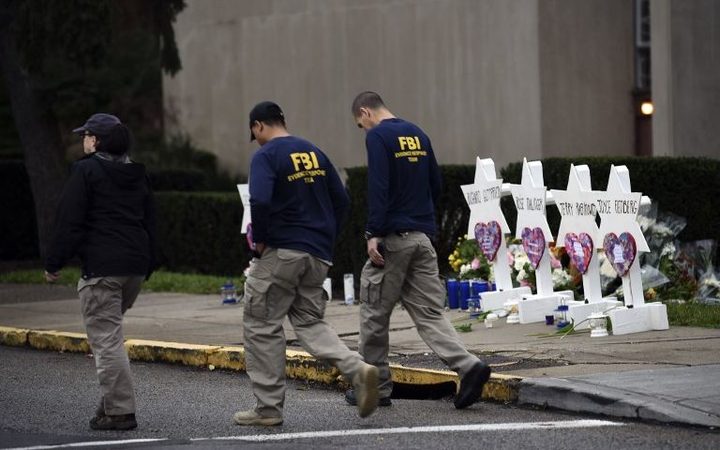 FBI officers walk past a memorial outside the Tree of Life synagogue. Photo: AFP

Bowers' arraignment was marked by a heavy security presence that included police officers with dogs and a team of sharpshooters.

Wearing a blue sweatshirt, gray sweatpants, sandals and white socks, with a crewcut and bald spot, Bowers remained expressionless throughout the short hearing.

The charges against him include violation of US civil rights laws in what federal prosecutors say was a hate crime.

Bowers spoke during the hearing only to give his name, state that he understood the charges against him and to say that he lacked the funds to pay for an attorney to represent him.

He spoke in a calm voice and signed the papers handed to him with a steady hand.

Only at the end of the hearing when he was wheeled out of the courtroom did Bowers appear unsettled, turning his head in apparent confusion.

Two brothers and a husband and wife were among those killed in the synagogue shooting, and the oldest was 97. Six people were injured, including four policemen.

The gunman, armed with three Glock 57 handguns and an AR-15 assault rifle, had entered the building during a service.

As he was leaving two officers were injured in an initial confrontation with the gunman and a further two Swat team members were hurt inside the building.