Searchers have found no signs of survivors from the Indonesian airliner that crashed into the sea with 189 people on board. 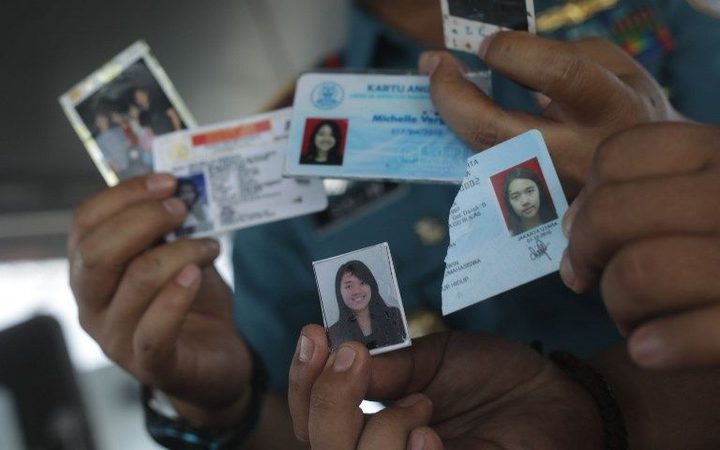 The Boeing 737, owned by the low-cost airline Lion Air, went down after taking off from the capital Jakarta.

Flight JT 610 was headed for the western city of Pangkal Pinang. Rescuers have recovered some bodies and personal items, including baby shoes.

"We need to find the main wreckage," Bambang Suryo, operational director of the Indonesian search and rescue agency, told reporters. "I predict there are no survivors, based on body parts found so far."

The cause of the crash, which involved a plane that had been in operation since August, remains unclear.

The pilot had asked to return to base after the plane took off from Jakarta. It lost contact with ground staff after 13 minutes.

Search and rescue agency head Muhmmad Syaugi told a news conference that no distress signal had been received from the aircraft's emergency transmitter.

Yusuf Latief, spokesman of national search and rescue agency, said there were likely to be no survivors.

An underwater drone is also trying to find the wreckage, he said. 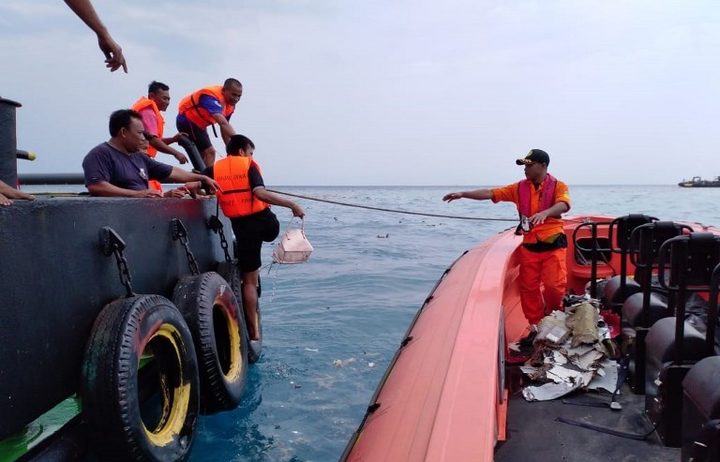 The flight took off in clear weather at around 6.20 am and was due to have landed in Pangkal Pinang at 7.20am.

The incident is reported to be the first major accident involving a Boeing 737 Max - an updated version of the 737. 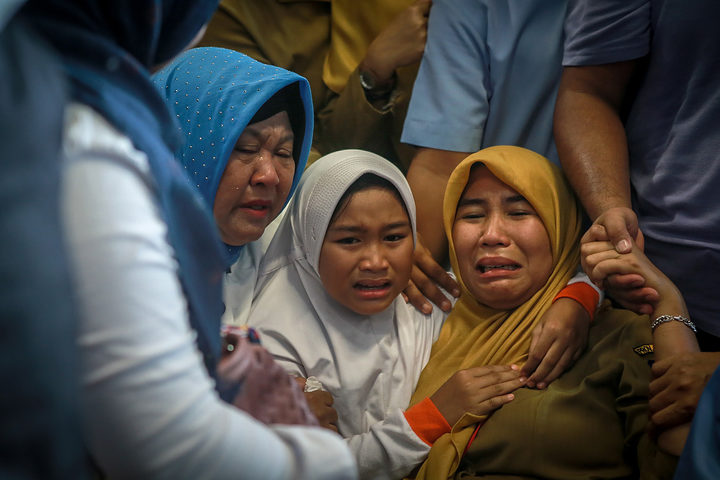 "We need to find the main wreckage," said Bambang Suryo, operational director of the search and rescue agency. "I predict there are no survivors, based on body parts found so far."

The head of Indonesia's disaster agency, Sutopo Purwo Nugroho, has tweeted images of divers carrying out a search and items that came from the aircraft found floating in the sea.

Edward Sirait, chief executive of Lion Air Group, told reporters the aircraft had had a technical problem on a flight from the resort island of Bali to Jakarta but it had been "resolved according to procedure".

Mr Sirait declined to specify the nature of the issue but said none of its other aircraft of that model had the same problem. Lion had operated 11 Boeing 737 MAX 8s and it had no plan to ground the rest of them, he said.

The accident is the first to be reported involving the widely sold Boeing 737 MAX, an updated, more fuel-efficient version of the manufacturer's workhorse single-aisle jet.

Privately owned Lion Air said the aircraft had been in operation since August, was airworthy, with its pilot and co-pilot together having accumulated 11,000 hours of flying time.

Three of the crew on board were trainee flight attendants and one was a technician.

Twenty employees from Indonesia's finance ministry were also on board, the BBC reported.

A ministry spokesperson said they worked at the finance ministry offices in Pangkal Pinang but had been in Jakarta for the weekend.

The aircraft involved in the crash was made in 2018. It is a single aisle plane used for short-haul travel.

The Boeing 737 Max 8 has been in commercial use since 2016. The 737 Max series are the fastest-selling planes in Boeing history.

Lion Air was established and operates domestic flights as well as international routes to South East Asia, Australia and the Middle East.

It has had issues of safety and poor management in the past and was banned from flying into European airspace until 2016.

In 2013, Lion Air flight 904 crashed into the sea on landing at Bali's International Airport. All 108 people on board survived. In 2004, flight 538 from Jakarta crashed and broke up on landing at Solo City, killing 25 people.

In 2011 and 2012 a number of pilots were found in possession of methamphetamines, in one incident hours before a flight.