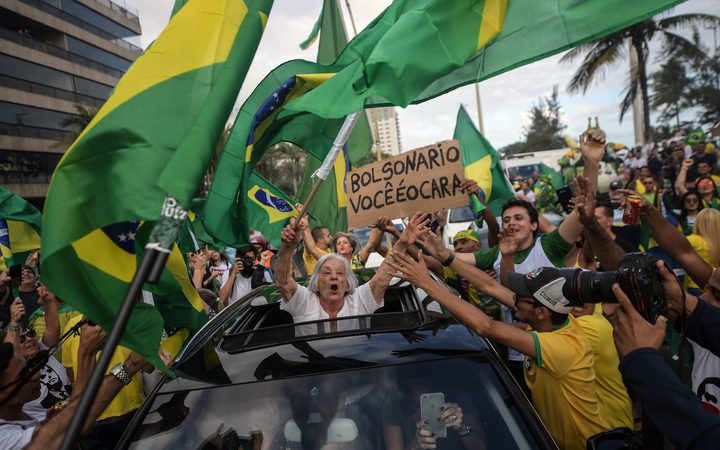 Supporters of far-right lawmaker and presidential candidate for the Social Liberal Party (PSL), Jair Bolsonaro, take part in a pro-Bolsonaro demonstration in Rio de Janeiro, Brazil, during the second round of the presidential elections. Photo: AFP

Mr Bolsonaro campaigned on a promise to eradicate corruption and to drive down Brazil's high crime levels. 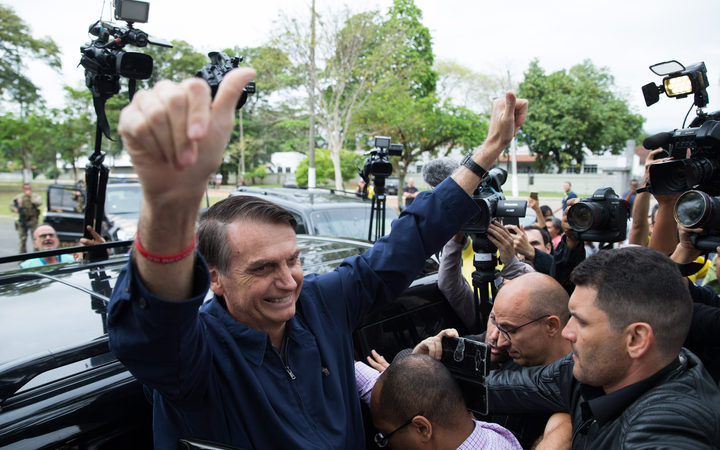 Jair Bolsonaro giving a thumbs up after casting his vote at Villa Militar during the election. Photo: AFP

The election campaign has been deeply divisive. Each camp argued that victory for the other could destroy Brazil.

The result represents a marked right-wing swing in the country which was under military rule from 1964 to 1985.

Pointing to the number of former members of the military he surrounds himself with, his opponents argue that Mr Bolsonaro poses a risk to Brazil's democracy.

Mr Bolsonaro also alienated many Brazilians with his homophobic, racist and misogynistic remarks.

But many of his supporters view him as a "saviour" who will make Brazil safer and who will stand for traditional values such as opposing the legalisation of abortion.

Some of those who cast their vote for Mr Bolsonaro on Sunday also said that they did so because they did not want to see the left-wing Workers' Party return to power.