The word "nurdle" rarely enters everyday conversation, but these tiny lentil-sized pellets of plastic are at the centre of an impending environmental headache. 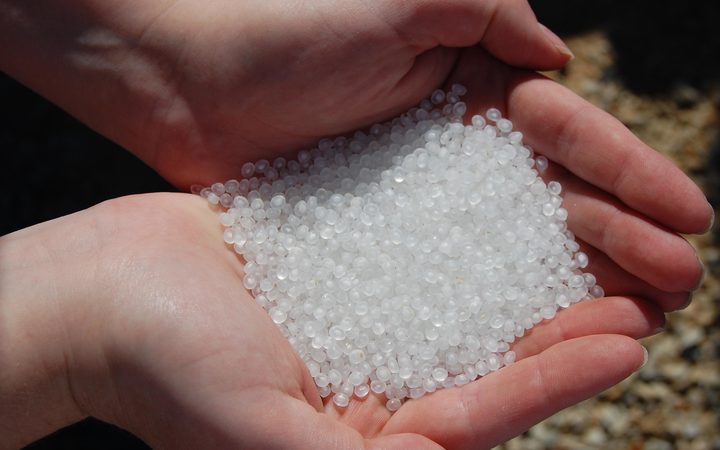 More nurdles are expected to wash up on Australian shores after a ship spilled billions of the plastic pellets into the ocean near South Africa last year. Photo: Wikimedia Commons

More than 2.25 billion of the miniature plastic spheres were spilt into the ocean from a ship off the South African city of Durban last year, and they have been creeping their way to Australian shores ever since.

The University of Western Australia has now started a project to determine how many nurdles have washed up, and to paint a clearer picture of who is responsible for the contamination.

Project leader Harriet Paterson said nurdles were the base ingredient for all plastics.

"A nurdle is, well it's virgin plastic - so it's the plastic that's made in the petrochemical plant, and then it gets put in a container or various bags and things, and then they get shipped all over the world to make everything we use," Dr Paterson said.

"Nurdles have been falling in the ocean, lost off ships, and just general spills since we've been making plastic - so since the late 1960s.

"So the ocean is full of them, and we get a whole repertoire of nurdles that wash up on our beaches all the time."

The spillage has raised questions about who can be made responsible for the clean-up effort.

The Durban nurdles left a distinct chemical fingerprint, which makes them traceable.

"The thing that's interesting with the Durban nurdles … [is] we know who manufactured them, who shipped them, we know where they were lost, so we can trace it back and start asking questions about, you know, who is responsible for cleaning up?" Dr Paterson said.

"This is now pollution on our beaches and we didn't put them there, so who's responsible?"

The university has called for volunteers to help clean up affected beaches along Western Australia's south coast on what has been termed "Nurdle November".

"I'm interested in seeing if we can find the Durban nurdles, because that leads us into the rest of the story," Dr Paterson said.

"But I'd also like to know what are the characteristics of nurdles along our south coast, where do they accumulate?"