Motorists in southern California got a shock when a vintage plane painted with German military insignia crash-landed on a highway. 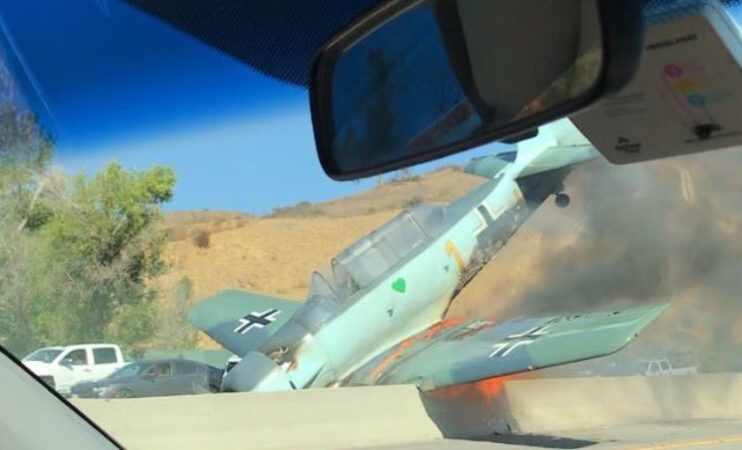 The aircraft crashed onto the central reservation of US 101, but according to CBS no vehicles were hit.

The pilot, the only occupant of the plane, escaped before the plane burst into flames.

The aircraft was not a German World War II plane, but a North American AT-6 training aircraft painted in a Luftwaffe camouflage scheme and bearing the Balkenkreuz insignia used on German military aircraft.

It belonged to a non-profit organisation which stages mock dogfights for air shows and performs at ceremonial events.

The Balkenkreuz is a variation on the Iron Cross, still used by the Germany army.

The AT-6 was developed in the 1930s and was used to train US pilots during World War II.

The crash, which occurred west of Los Angeles, slowed traffic to a crawl as the pilot was rescued and fire fighters dealt with the blaze.