When robbers walked into an e-cigarette shop, the owner asked them to come back later when he had more money. 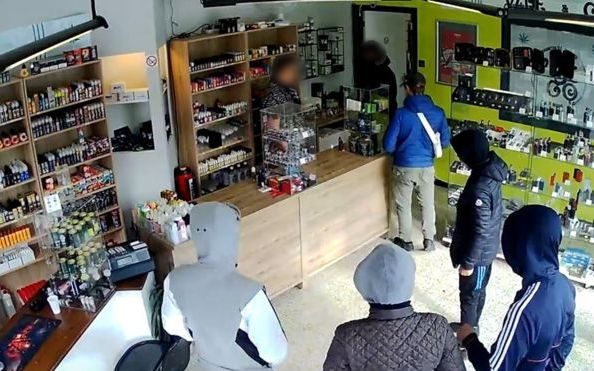 It feels like the makings of a joke, but for a Belgian e-cigarette shop owner this was a frightening reality.

Six people entered Didier's shop in the suburbs of Charleroi in daylight with the intent to rob him.

The salesman told the group to return at the end of the day, when he could give them more money. In the end though, he got them arrested instead.

"It's like it was a comedy," he told the BBC over the phone. "They're being called the worst robbers in Belgium."

The shop owner said that over the course of 14 long minutes, he tried to befriend the thieves.

The group bought his bluff, and left.

"When I called the police, they didn't believe they would come back."

But back they did come at 5.30pm, an hour before the vape shop's closing time. Didier told local media he saw one of the robbers at the door and told them it still was not end of business.

When the men returned a third time, at 6.30pm, the police were at the back of the shop ready to catch them.

Five males were arrested, including a minor.