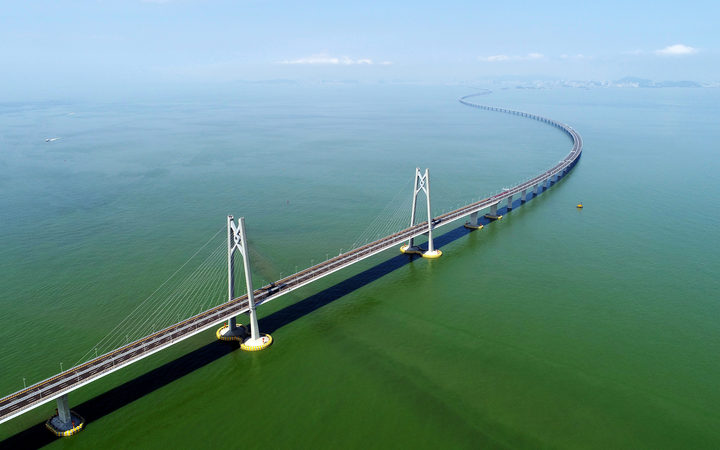 Including its access roads, the bridge spans 55km and connects Hong Kong to Macau and the mainland Chinese city of Zhuhai.

Construction has been dogged by safety issues - at least 18 workers have died on the project, officials say.

Mr Xi attended the opening ceremony of the bridge, which took place in Zhuhai, along with the leaders of Hong Kong and Macau.

Designed to withstand earthquakes and typhoons, it was built using 400,000 tonnes of steel, enough to build 60 Eiffel Towers.

About 30km of its total length crosses the sea of the Pearl River delta. To allow ships through, a 6.7km section in the middle dips into an undersea tunnel that runs between two artificial islands.

The world's longest sea bridge has opened in China

It's spectacular, but it's not without controversy

The remaining sections are link roads, viaducts and land tunnels connecting Zhuhai and Hong Kong to the main bridge.

It is part of China's plan to create a Greater Bay Area, including Hong Kong, Macau and nine other cities in southern China.

The area is currently home to 68 million people. 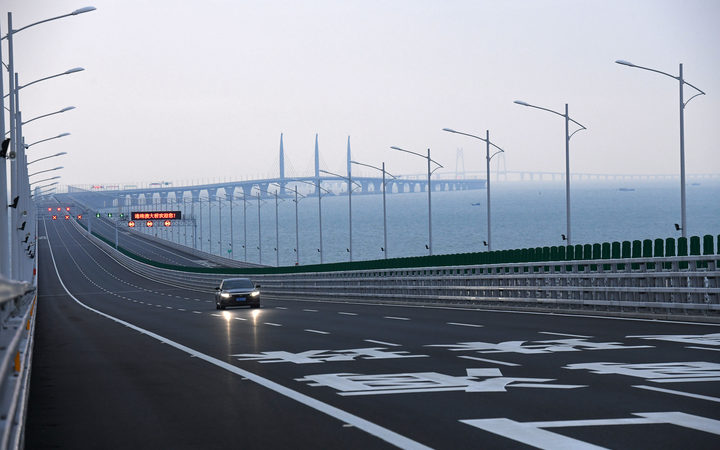 In the past, travelling between Zhuhai and Hong Kong would take up to four hours - the new bridge cuts this down to 30 minutes.

Those who want to cross the bridge must obtain special permits, allocated by a quota system. And all vehicles will pay a toll.

The bridge is not served by public transport, so private shuttle buses will ply the route. There is no rail link.

Authorities initially estimated that 9,200 vehicles would cross the bridge every day. They later lowered their estimations after new transport networks were built in the region.

There's been a great deal of criticism of the project.

It has been dubbed the "bridge of death" by some local media. At least nine workers on the Hong Kong side have died and officials told BBC News Chinese that nine had died on the mainland side, too.

Hundreds of workers have also been injured during the construction.

Special cameras will be on the look-out for drivers on the bridge who show signs of getting sleepy, among other checks - yawn three times and the authorities will be alerted, local media report.

To help counter potential terror attacks, there will also be "48 high-definition surveillance cameras" mounted at intervals along the bridge as well as anti-terror police patrols, the South China Morning Post reports. 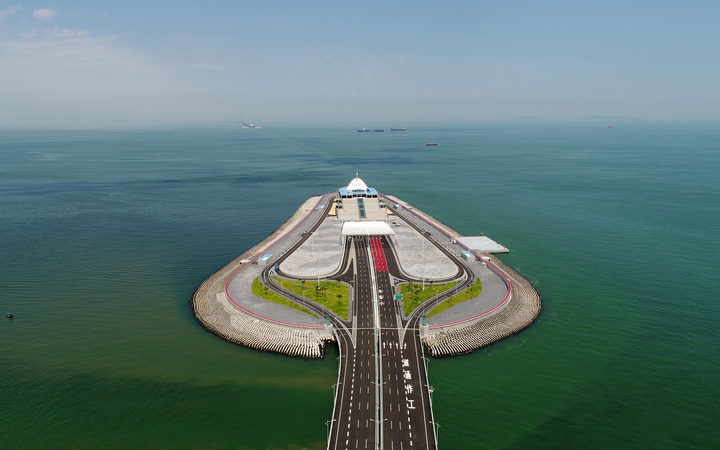 The artificial island of the Hong Kong-Zhuhai-Macao Bridge. Photo: AFP

And drivers will have to change which side of the road they are on at the crossing. People drive on the left in Hong Kong and Macau but the bridge is Chinese territory and special merger channels have been built to cope with this.

There have also been concerns about the environmental impact.

Environmental groups say the project may have caused serious harm to marine life in the area, including the critically rare Chinese white dolphin.

The number of dolphins seen in Hong Kong waters has decreased from 148 to 47 in the past 10 years and they are now absent from the waters near the bridge, according to the Hong Kong branch of the World Wide Fund for Nature (WWF).

"The project has made irreversible damage to the sea," said Samantha Lee, Assistant Director of Ocean Conservation at the WWF. "I am worried that the number will never rise again."

Chinese officials say it will generate up to 10 trillion yuan ($1.44tn; £1tn) for the economy, but one Hong Kong lawmaker cast doubt on that figure.

"I am not so sure either how the bridge can sustain itself if not many cars are using it," Tanya Chan told BBC News Chinese.

"I am pretty sure that we would never earn that [construction cost] back."

According to an estimate by BBC Chinese, the bridge will only earn around $86m in tolls per year.

In fact, the bridge's maintenance costs would already take away a third of this income.

Critics have called the bridge a "big white elephant" that guarantees no economic return. Others have said its main purpose is symbolic, ensuring Hong Kong is physically connected to the mainland.