The South Australian government is considering a move that would offer people a tax-free $75,000 salary to give up their careers and become foster carers for the state's most troubled children.

The South Australian government is considering a move that would offer people a tax-free $75,000 salary to give up their careers and become foster carers for the state's most troubled children. 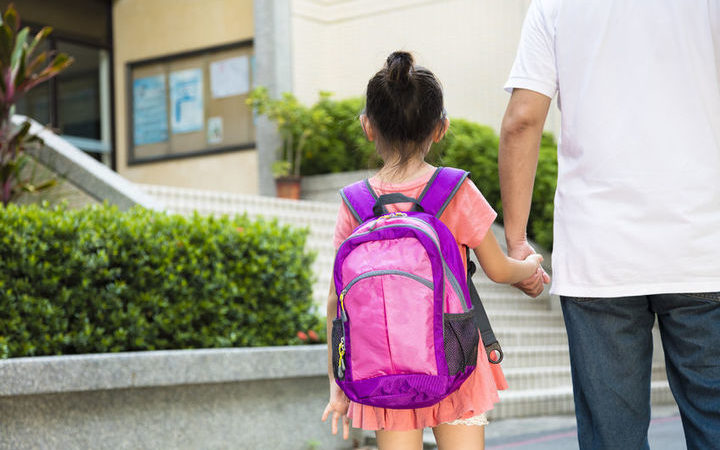 The foster care trial was announced last month by the New South Wales Government, which would pay specialised foster carers the tax-free annual wage to temporarily look after children with complex needs.

About 30 children - aged between seven and 17 - are expected to be part of the two-year trial which is scheduled to begin this December.

She said the State Government would be considering "all options" to help fix the current system in the state.

"What we do know is that child protection in South Australia is not working," she told ABC Radio Adelaide.

"We've had very, very poor results and we're paying a lot of money to get very poor outcomes for our children."

In South Australia, foster carers receive a fortnightly support payment - not a salary - the amount of which depends on the age of the child.

The payment, which ranges from $342 for children under five to $738 for those aged 16 to 18, is only intended to cover the costs of caring for a child.

Specialist carers for children with complex needs are entitled to more, about $46,000 per year, but still significantly less than the amount being proposed in NSW.

'Make a big difference' in a child's life

Ms Sanderson said the program in NSW that was being monitored from SA would target professionals from other industries who could be suitable foster carers.

"These are aimed at children who have been in residential care or commercial care that have been left there because they're deemed to be unsuitable for a family situation because of the high level of need that they have," she said.

"This is aimed at professionals that might have the experience, whether they're nurses or teachers or psychologists or social workers that may be retiring or near the end of their career.

"Or [it could be those] who would like to take a break from their career that can really make a big difference in a child's life."

Ms Sanderson said there were about 70 children in commercial care in the state, with professional carers who work eight-hour shifts.

She said the State Government would closely monitor the NSW program to see if it would be suitable to implement in South Australia.

"The aim is to stabilise the child and get them the right supports and programs so that they could fit into a family because we know family-based care is the best outcome for all children," she said.

"Everything is on the table because the Liberal Government is here to make a difference to children's lives, not only those in care but also stopping children from coming into care by supporting families better early on."

Worth looking at despite 'difficulties'

But she did have some issues with the plan, and said there were already programs in place that should receive additional funding.

"Anything that could possibly bring more foster carers into the system and the right foster carers is certainly worth looking at," she told ABC Radio Adelaide.

"There's a few difficulties with it. They include things like human resources [and] OH&S because obviously employing someone full-time in their own home, those difficulties come up.

"Most of the models that have been looked at as professionalisation at the moment, look at just doing it for high-needs kids, so the hardest kids to place and the children that require full-time assistance."

Ms Stinson said she would support any program that looked to improve care for children, but highlighted other models already available - including enhanced foster care models - that the Government should be putting money into first.

"The [Nyland] Royal Commission said that's where we should be putting our money and our focus at the moment because those have had proven results that are successful," she said.

Finding the right people for the job

Chair of Health Economics at the University of South Australia, Professor Leonie Segal, applauded the State Government's plan to monitor the interstate trial.

She said it made sense for the children and it also made sense economically, as it was better than paying thousands of dollars to pay people who only worked eight-hour shifts.

"I think there's a lot to recommend it, particularly when you're talking about the very troubled children," she told ABC Radio Adelaide.

"It means that we can actually recruit highly skilled professionals - whether it's social workers, occupational therapists perhaps, mental health nurses, psychologists - so people who actually have the skill level that's matched to the needs of the children."

She said it would also provide an opportunity for those professional carers to help the children to reunite with their families in a safe and stable environment.

"It might be initially a two-year arrangement and in that time the professional foster carer would also work with the birth family to try to repair relationships," she said.