A man has died after his mobility scooter caught fire while travelling along a suburban footpath in Western Australia's Midwest. 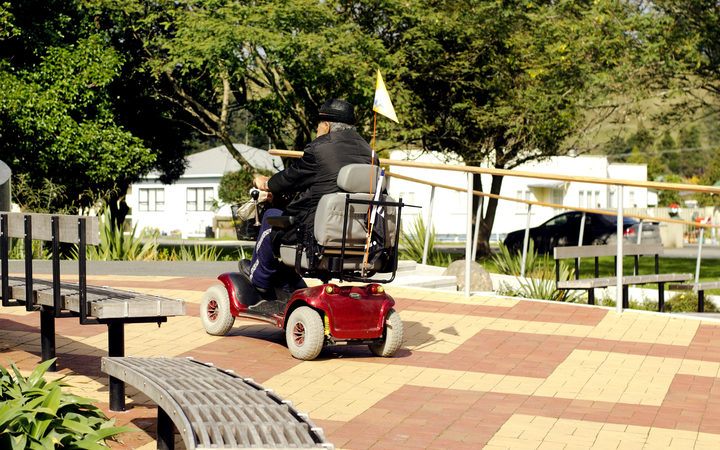 The blaze, which has been described as a "tragic and awful" accident by police, occurred in Geraldton, 450 kilometres north of Perth, on Saturday afternoon.

Sergeant Jeremy Ashworth-Preece said police received several calls from members of the public who heard the man crying out for help. They were unable to assist him because of the flames.

"The male person was on the mobility scooter and was distressed.

"The fire brigade, St John Ambulance and police were dispatched to the scene and we were unfortunately confronted with the gentleman who was deceased.

"Obviously it was extremely distressing for everyone involved that encountered this…both police officers and civilians, and we're happy to offer, or put people in touch with, support services for counselling."

Mr Ashworth-Preece said he had never seen anything like it in several decades of policing.

"Our hearts go out to his family and friends."

While investigations are continuing, police believe the blaze was triggered by a battery malfunction. The incident is not being treated as suspicious.

"We will hopefully determine the cause of the incident and try and prevent something as tragic and awful as this from happening again.

"One aspect of the inquiry will be a mechanical inspection of the vehicle by an engineer.

"The machine was pretty much destroyed in the fire."

A report is being prepared for the coroner.