Independent candidate Kerryn Phelps has claimed victory in Australia's Wentworth by-election, promising voters she will not let them down. 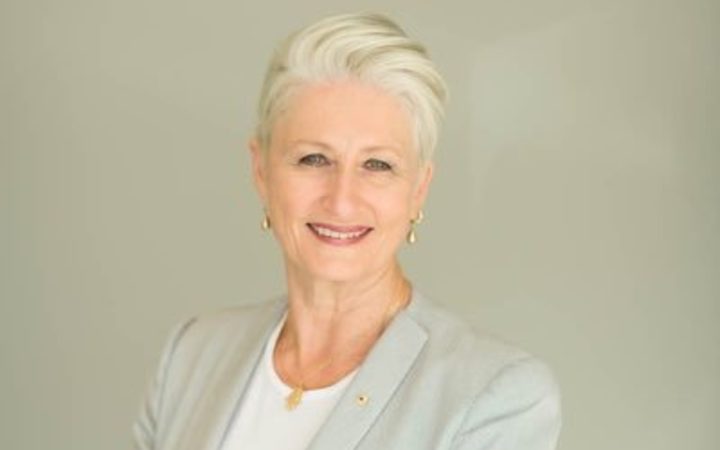 Counting so far shows the Liberal Party has suffered a projected swing of more than 20 percent against candidate Dave Sharma.

The Liberal Party, and its predecessors, have held the eastern Sydney electorate since Federation and the historic result means the Federal Government will lose its one-seat majority in Canberra.

Dr Phelps danced with supporters at the North Bondi Surf Life Saving Club before taking the stage to claim the historic win.

"Thank you to the people of Wentworth for placing your trust in me," she said.

She thanked her wife Jackie and the supporters of her campaign, calling it a "David and Goliath struggle".

"This win tonight should signal a return of decency, integrity and humanity to the Australian Government."

Mr Turnbull resigned as the member for Wentworth following the August leadership coup.

"It is obviously a devastating night for the Liberal Party," Mr Zimmerman said.

"Our job is to learn a message that voters in Wentworth have sent us because this is not a uniquely Wentworth message."

'Beginning of the end' for Government

Labor's deputy leader Tanya Plibersek said the swing against the government was significant.

"This is such a monumental wipe-out in one of the safest Liberal seats in the country."

Ms Plibersek claimed the Labor vote was depressed because voters wanted to "send a very strong message to Scott Morrison".

Mr Zimmerman said the result was not a reflection on Mr Sharma's campaign.

"Frankly, I think Dave is one of the best candidates that we've fielded at an election for the last couple of years."

Mr Murray conceded defeat about 8pm and said the party should be proud of contributing to the largest by-election swing in the history of Federal Parliament.

"This is the beginning of the end of the Morrison government.

Mr Turnbull's son, Alex, who had been a vocal critic of the Liberal Party during the campaign and a thorn in the side of its strategists, said the result was "incredible".

"[I am] proud of the people of Wentworth," he said in a tweet.

"A great day for Australian democracy."

Mr Morrison previously appealed to voters not to opt for an independent because it would jeopardise the government's one-seat majority in the lower house, potentially making it difficult to pass legislation.